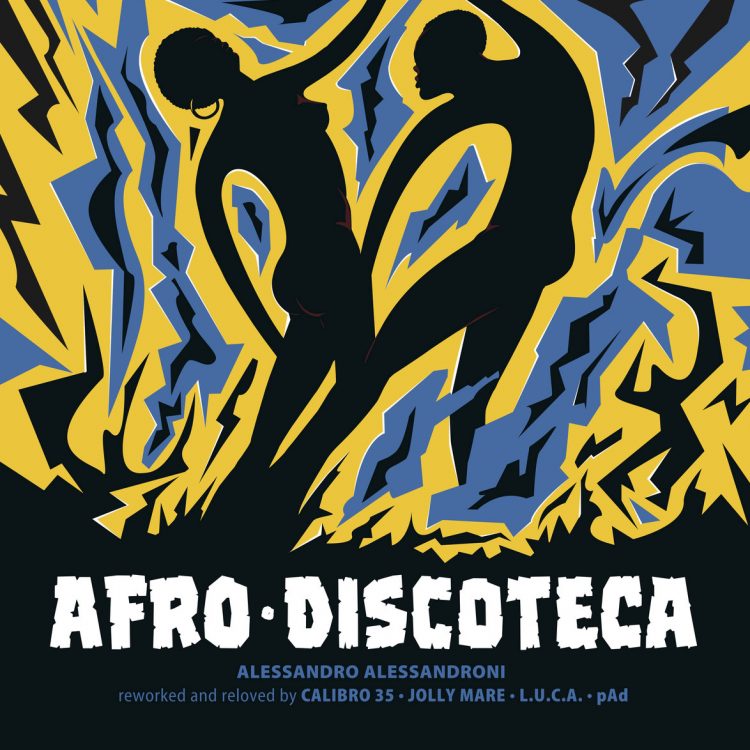 Alessandro Alessandroni’s ‘Afro Discoteca’ is released on a blasting 12’’ containing 4 cosmic/disco tracks drawing influences from African music – never published before these incredibly powerful and evocative recordings were rescued from an old dusty tape found in the Maestro’s vaults.

The EP became an instant classic for diggers and worldwide tastemakers, bringing the name of Alessandroni to new audiences, far beyond the circle of film scores and library music aficionados .

March 2019: Four Flies asks to a rock band (CALIBRO 35) and three amongst the most brilliant and visionary Italian DJs and producers (Jolly Mare, L.U.C.A., pAd) to rework the original tracks, giving them new life for refined modern dancefloors.

The result is a stunning collection of electronic/cosmic/balearic reworks, which respects the spirit of Alessandroni’s compositions, projecting them into our present.

Alessandro Alessandroni (Rome, Italy 03/18/1925 – Swakopmund, Namibia 03/26/2017) was one of the most important Italian musicians of the 20th century. A composer, arranger, singer and multi-instrumentalist whose impact on pop culture is immeasurable, from his unique guitar work and — perhaps most famously — his whistle for Ennio Morricone’s spaghetti western soundtracks to the unforgettable vocal hook of Piero Umiliani’s “Mah Nà Mah Nà”.

In a career that spans seven decades, Alessandroni scored almost a hundred movies and recorded countless production music albums, currently acclaimed by the most important musical experts around the world.