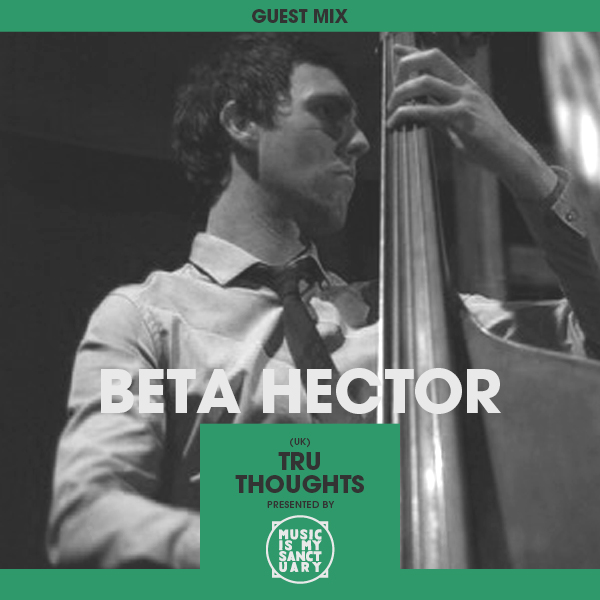 Just got a really cool treat in the good ol inbox. An upfront and exclusive mix from Beta Hector (the founding member of funk band Baby Charles) who is signed to Tru Thoughts and about to release his first LP called “Sunbeam Insulin” out on October 18th in the US.

Here is a link to the single free on Bandcamp

The mix is called Beta Hector Space Echo Mix. He made the mix and then ran it through a Roland Space Echo RE-20 to subtly dub out the vocals a bit. It’s nicely made and you can definitely hear these tracks influenced his album ‘Sunbeam Insulin.’ Hiiiiighly recommended!