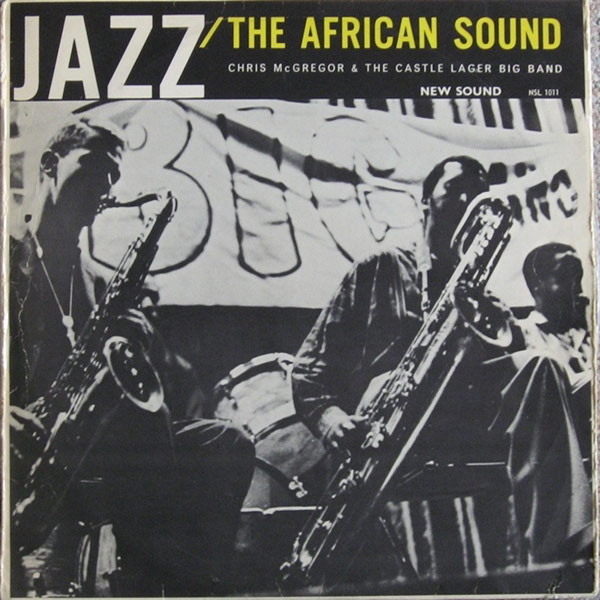 via Jazzman: One of the most important African records of all time gets its first ever worldwide release on Jazzman! Chris McGregor’s Jazz – The African Sound is a lost global jazz classic, and a true holy grail for collectors of jazz and world-jazz. A cornerstone of South Africa’s illustrious jazz history, it has been out of print since before the end of apartheid. Never before released outside of the country, this painstakingly restored reissue is the long-delayed first chance to hear Chris McGregor’s debut recording as leader. As well as fully restored audio, the package features unpublished photographs by Basil Breakey and new sleeve-notes by author Francis Gooding.

Ten years before the Brotherhood of Breath blew the cobwebs out of British jazz, Chris McGregor had already recorded as leader with a big band comprised of South Africa’s leading jazz lights. Put together in 1963, the Castle Lager Big Band was a multi-racial group, a risky endeavour in apartheid South Africa. Modernist in outlook, and dedicated to showcasing South African composers, the 17-piece band featured a galaxy of South African jazz stars, including Dudu Pukwana, Mongezi Feza, and Kippie Moeketsi.

Though the band lasted only a few weeks and played a just a handful of shows, they made it into the studio to record. The result was Jazz – The African Sound, a unique masterpiece of afro-Ellingtonia that the band hoped would put South African jazz on the international map. But history intervened, and their jazz message to the world never arrived. Until now that is, and more than fifty years after it was first recorded, Jazz – The African Sound is finally back in print.

LIMITED TO 500 NUMBERED COPIES – ONE PER CUSTOMER 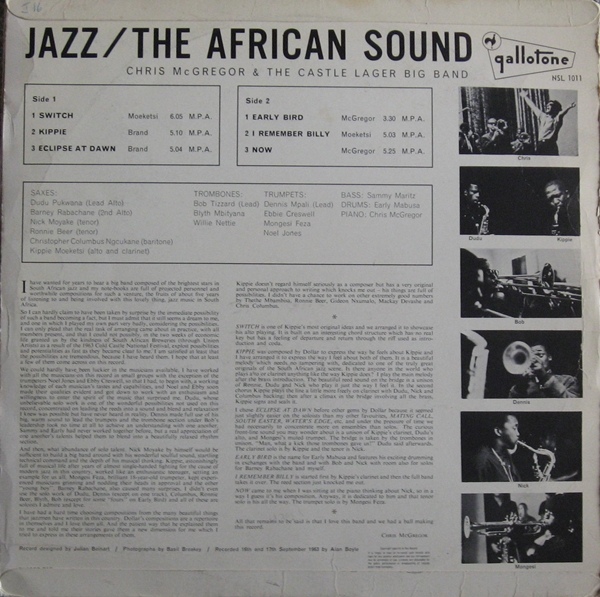