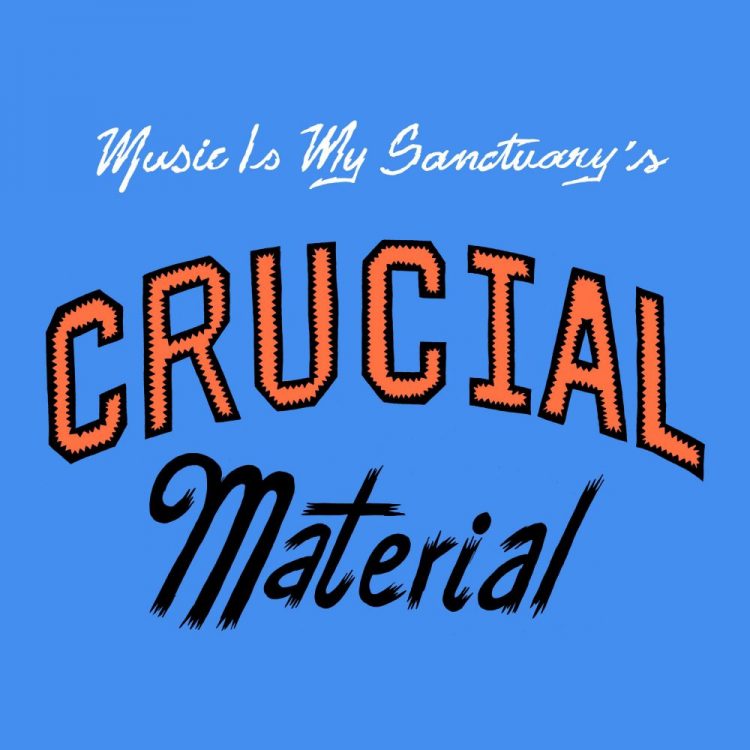 Every week my head is spinning from the amount of new music that lands on my “to-listen” pile. The sheer volume of new material to go through with its usual ratio of 50% shite 40% forgettable 10% gold is dizzying and discouraging but once I resurface with the handful of gems I once again have complete faith in the current state of music.

So here are my favorite 10 releases of the week. All killer no filler!

out now on Hyperdub Records

Just when you thought there were no treasures left in all of Brazil the fine people at Soundway unleash this incredible 80-90’s Synth Pop Brazilian compilation featuring tons of artists you’ve never heard of. Huge shout out to Millos Kaiser, the DJ-collector-curator of this gem definitely in the running for comp of the year.

Whoever is hiding behind the mysterious E Myers moniker has been ruling my DJ bag for the past couple years. His handful of white label 12’s releases all have a distinct early 90’s Euro House NRG flavour that smash the dance every time. “I Am Alive” is certainly one of his finest moments yet. E Myers reveal yourself!

Sophomore album from Manchester’s Walton on the grime-dancehall-weightless tip. Easily could be an instrumental for some of the most adventurous MC’s out there, although I think few would dare.

RP BOO “I’ll Tell You What”

I’m definitely not a footwork / juke expert but I always like to play a track or two in my sets. There just aren’t that many noteworthy releases in the lane not that the hype train has passed but thankfully the real OG’s are still out there. Legendary Chicago producer RP BOO’s “I’ll Tell You What!” keeps it moving forward!

The 2nd release from Venezuelan 7″ trilogy comes from Paris based quartet Insólito UniVerso, a project that takes inspiration from a wide range of sources such as psychedelic folk, baroque singing, and traditional Latin American music, particularly through the rhythms and instruments of Venezuelan folklore. Shout out to our good friends and MIMS family Boom Music, the force behind Olindo Records.

Philly’s Meek Mill unleashes his first project since his release from prison. The Swizz Beat collab “Millidelphia” is definitely the highlight here.