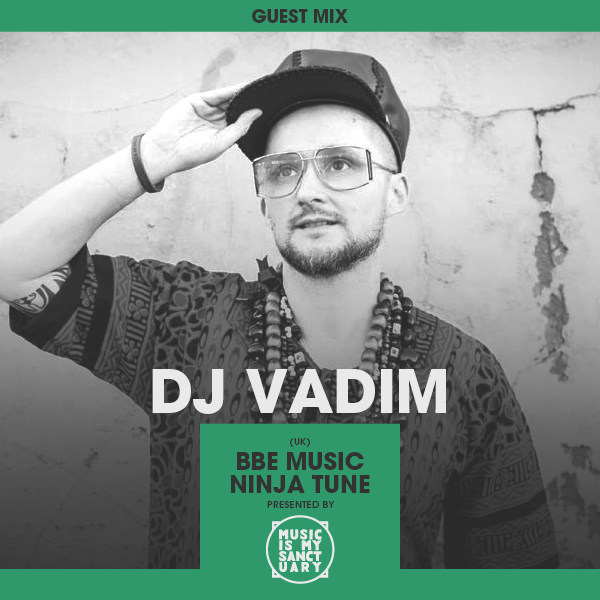 So here is #14 by none other than DJ Vadim who has been making supreme quality music since 1995 mostly on 2 legendary labels; Ninja Tune & BBE.

Vadim was at my place in Montreal for a few days and he was asking for specifics about the theme: influences? weird music? childhood music? can it be dancefloor oriented? does it have to be super mellow? how “old” exactly is a forgotten treasure? After a few minutes of back and forth, he went in the studio and recorded it in one take.

As he says: “Here are a series of songs which have isnpired me to be me!”