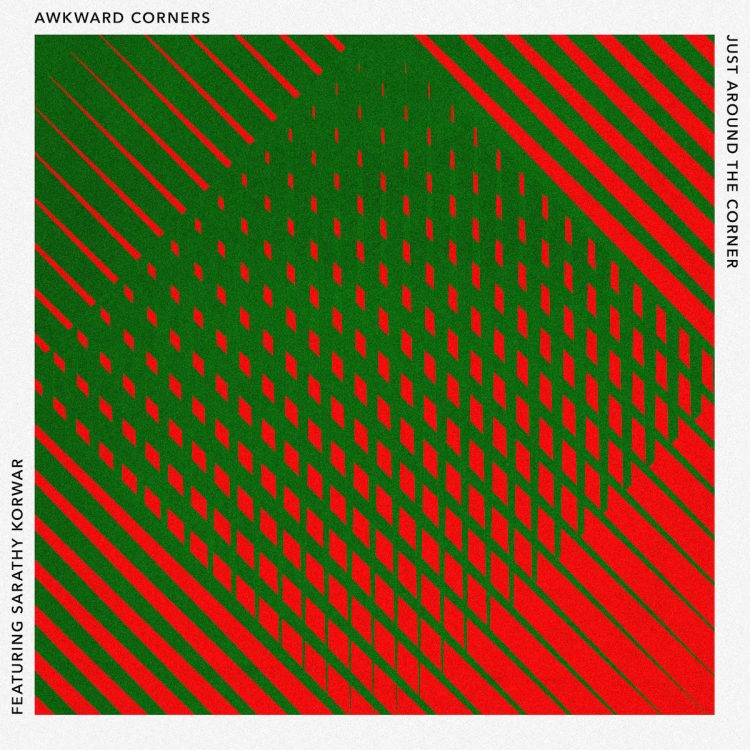 Music is My Sanctuary is proud to present the premiere of “Just Around The Corner” by Awkward Corners. Featuring Sarathy Korwar on tabla, this is the lead single from forthcoming LP “Dislocation Songs” on London-based label Shapes of Rhythm.

“Just Around The Corner” is an expanding and seductive excursion. A deep percussive groove with Sarathy Korwar’s tablas moving in and out of focus. A single repetitive tone hypnotises throughout, transporting the listener into less troubled worlds, whilst the sweet sounds of the shahi baaja wash over.

The album originally started as a reaction to the UK post-Brexit vote and move towards isolation, but it also feels hugely relevant right now in the uncertain times we currently find ourselves in.

Awkward Corners is Chris Menist, a musician, DJ and writer. It started life as a small project in Islamabad, where Chris was living at the time. Initial recordings were made with local musicians in Pakistan and then subsequently in Thailand. This culminated in the Sweet Decay LP that came out on Finders Keepers’ Disposable Music in 2014, and in turn led to a limited tape release on Boomkat/Reel Torque of original compositions and re-edits of Thai 45s the same year.

Playing drums and percussion since he was a kid, Chris is the percussionist for The Paradise Bangkok Molam International Band. As well as co-founding record label Paradise Bangkok (and hosting a monthly NTS Radio show of the same name) Chris has curated compilations for labels such as Finders Keepers, Soundway and Dust-To-Digital. He has been featured on the Boiler Room, Vinyl Factory Collections, played at the Four Tet curated Nuits Sonores festival, and recently put together an edition of Volumes which featured unreleased Awkward Corners compositions.