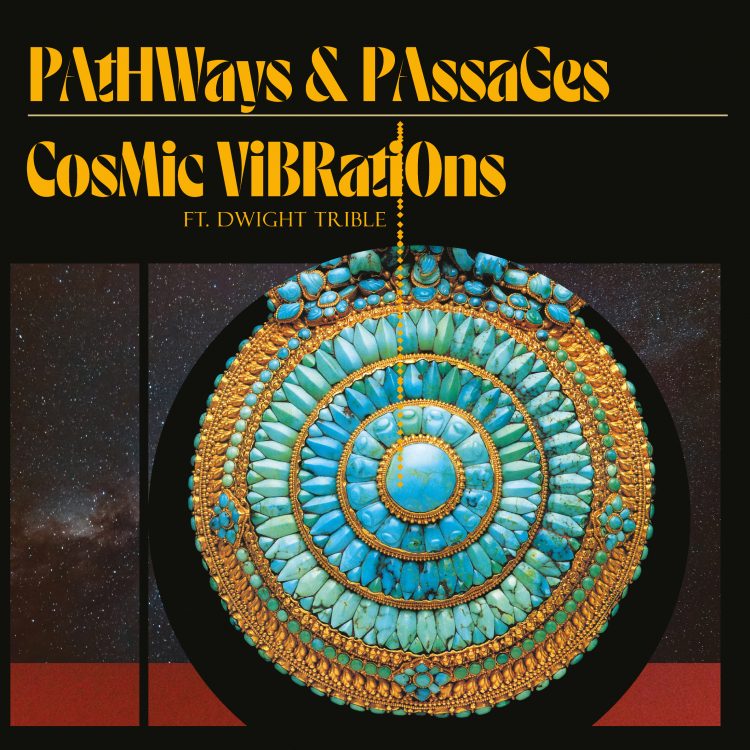 Music Is My Sanctuary is delighted to share this exquisite example of brand new spiritual jazz courtesy of LA-based super group, Cosmic Vibrations, fronted by acclaimed vocalist, Dwight Trible. “How Long” is taken from the excellent forthcoming album, ‘Pathways & Passages’, brought to the world by purveyors of the deepest new jazz, Spiritmuse Records.

Given the state of affairs the United States currently finds itself, the title and message of the song is particulars poignant. Cosmic Vibrations is a sublime amalgamation of divine vocals, intuitive improvisation, spiritual groove, and healing poetry, with a rich tapestry of African, Mesoamerican and indigenous North American percussion and instrumentation, taking you on a cosmic journey of spiritual improvisation and beyond.

Master percussionist, flautist and composer, Derf Reklaw is an original member of the Pharaohs, legendary soul jazz ensemble and precursor to Earth, Wind & Fire, and has performed and recorded with the likes of Terry Callier, Ramsey Lewis, Aretha Franklin, Herbie Hancock, Eddie Harris, Minnie Riperton, Build An Ark and Ahmad Jamal. On assorted wind instruments is Pablo Calogero. Not only has he worked with everyone from Tito Puente to Phil Ranelin and Yusef Lateef, but he also contributed to the soundtrack for Basquiat’s seminal ‘Downtown 81’ film, alongside Liquid Liquid, The Lounge Lizards, and Basquiat’s own “Gray” outfit.

Exclusive Premiere: Monzanto Sound "We Are Strangers" (Forthcoming on None More Records)