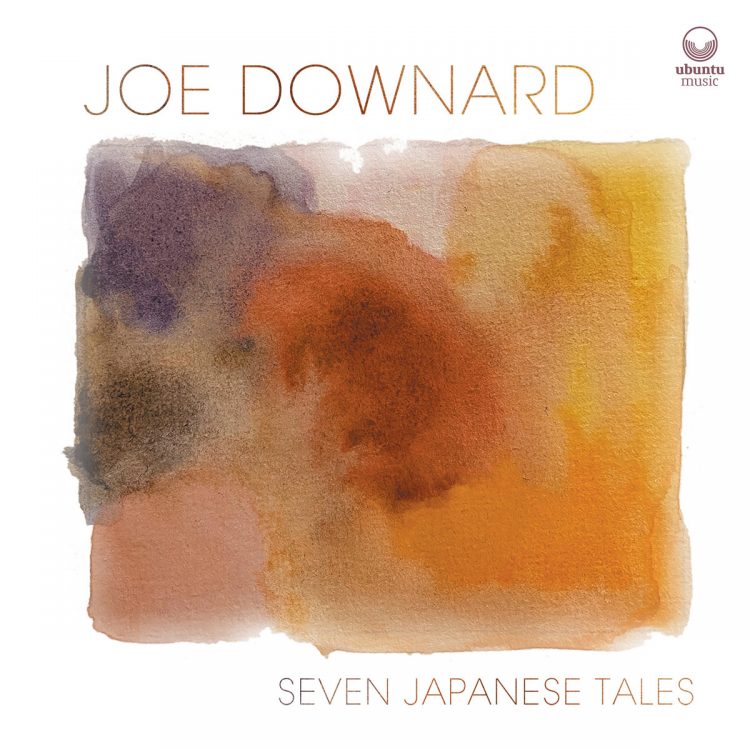 We are excited to be first to share “A Portrait Of Shunkin” by bassist Joe Downard. The lead song from his forthcoming debut album as a compelling composer and band leader, ‘Seven Japanese Tales’, released June 12 on CD and digital.

We first came across Downard as a member of London quintet Waaju, where he held down the electric bass on their poly-rhythmic grooves. Since then we’ve witnessed his prowess on acoustic double bass supporting saxophonist Rachel Cohen and then finally as a leader and composer, first hearing the material from his forthcoming debut at London’s Vortex. Needless to say we were impressed!

The album was written as a suite, comprised of 7 pieces inspired by seven short stories by writer Junichiro Tanizaki (1886-1965) featured in ‘Seven Japanese Tales’. The music features a range of moods and dynamics supported by soundscapes, analogue electronics and acoustic sextet. These elements are then complimented through strong melody and improvisation. Downard became inspired by the very lyrical, deep and sensual meanings behind these seven stories which, although being short, packed a punch of emotions: anger, love, humour and wit.

Besides the conceptual take from the ‘Seven Japanese Tales’ book, the music takes inspiration from some of Downard’s favourite music, ranging from Radiohead and James Blake through Messiaen and Ambrose Akinmusire. The compositional process of this album was, in part, collaborative: through improvisation and re-writing, the material evolved to its final version. That’s why the musicians in the band are a big part of the project itself. The line-up moves away from the traditional jazz sextet by introducing multiple synthesizers. The distinctiveness of the three melody instruments (trumpet, saxophone and synth) complements the intense push and pull between drums and bass that keeps the music full of momentum.

‘Seven Japanese Tales’ features Alex Hitchcock on tenor sax, James Copus on trumpet, Will Barry on piano, Rupert Cox on synths and Felix Ambach on drums. Each has a distinctive and virtuoso improvisational voice and is noted in their own right as composers and bandleaders.