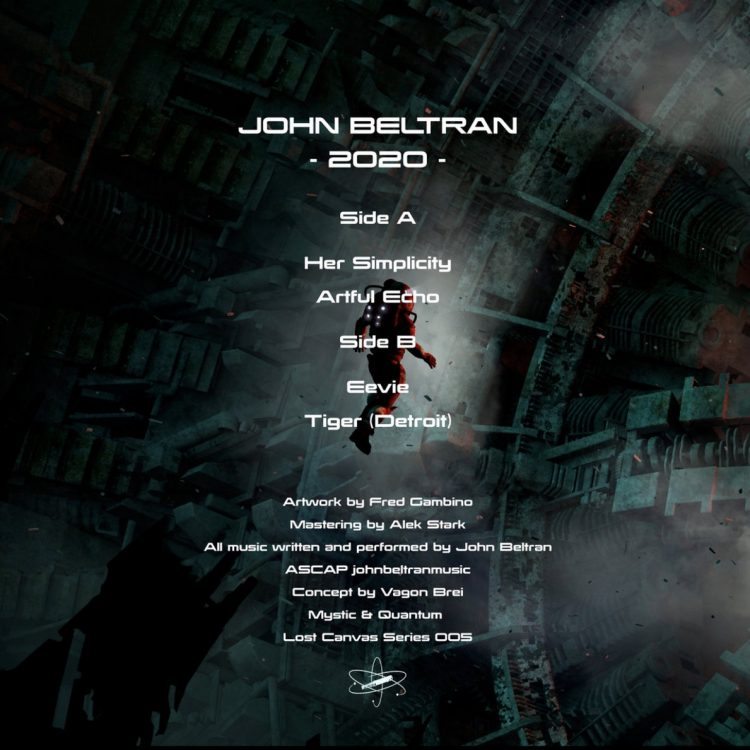 John Beltran presents his first work done during confinement in this 2020, so the music reflects a mixture of feelings, on the one hand, the deprivation of liberty and on the other hand, loneliness and isolation.

This last point is faithfully described by an artwork by Fred Gambino where within the spatial sphere, we find these feelings: isolation, loneliness and a certain longing in search of something. Something that, dear reader / listener, is in you to know what it is.

John Beltran, born 4 march 1969, is one of those producers that always seems to elude being pinned to any one category. His early work on Carl Craig’s seminal Retroactive imprint sculpted a Detroit classic with hints of Derrick May, world music, and Jazz vibrations.

He followed up in 1996 on Peacefrog with arguably one of the most sought after techno classics “Ten Days of Blue,” which is still John’s most successfully licensed music with songs like “Collage of Dreams” being used in the Miramax film Human Traffic and the HBO hit Six Feet Under. His next project was entitled “The Cry” under the Placid Angles guise which MixMaster Morris charted as one of his favourite albums ever.