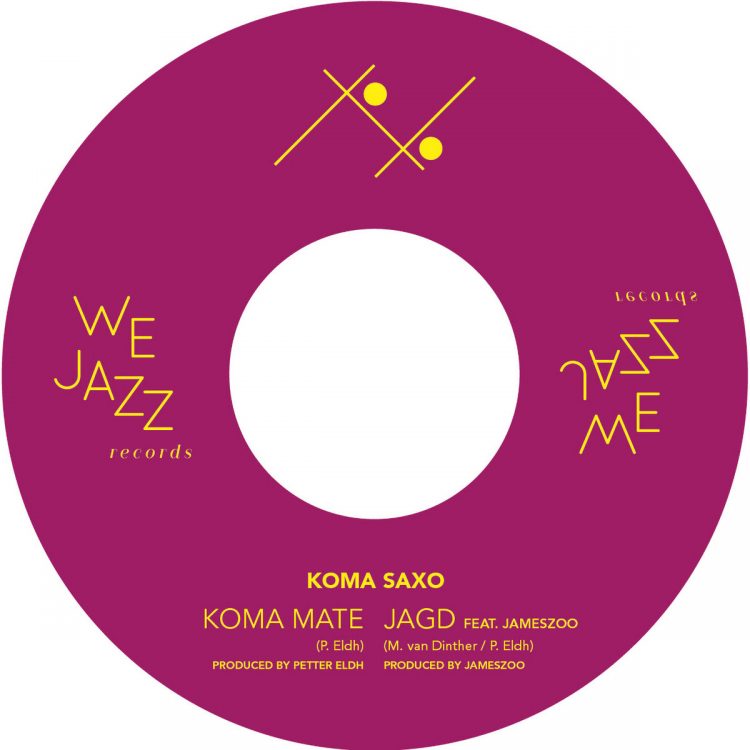 On the A side, “Koma Mate” is a new look on “Koma Tema” from Koma Saxo’s 2019 debut album. The track’s anthemic quality remains, but with an extra 10% bangerism added for good measure.

Lightning in a bottle, times two. “Koma Mate / Jagd (Feat. Jameszoo)” will be released by We Jazz Records on June 12 as a 7″ single and digitally. True to We Jazz style, the 7″ comes with an old school heat-pressed label and a generic brown paper sleeve.

If you’re not familiar, Mitchel Van Dinther, better known by his stage name Jameszoo, is a record producer originally from ‘s-Hertogenbosch, Netherlands. Jameszoo describes his music as “naive computer jazz” to leave as much judgement to the listener as possible. His recordings have appeared on stalwart labels such as Brainfeeder and Kindred Spirits.

Koma Saxo is a highly potent five-piece produced by the visionary Berlin-based Swedish bassist-producer Petter Eldh. The lineup brings together five heavy jazz names on the Berlin–Nordics axis, including Eldh on bass, Christian Lillinger on drums and the frontline of three saxes: Otis Sandsjö, Jonas Kullhammar and Mikko Innanen. We recommend their self-titled LP released on We Jazz Records for further listening.