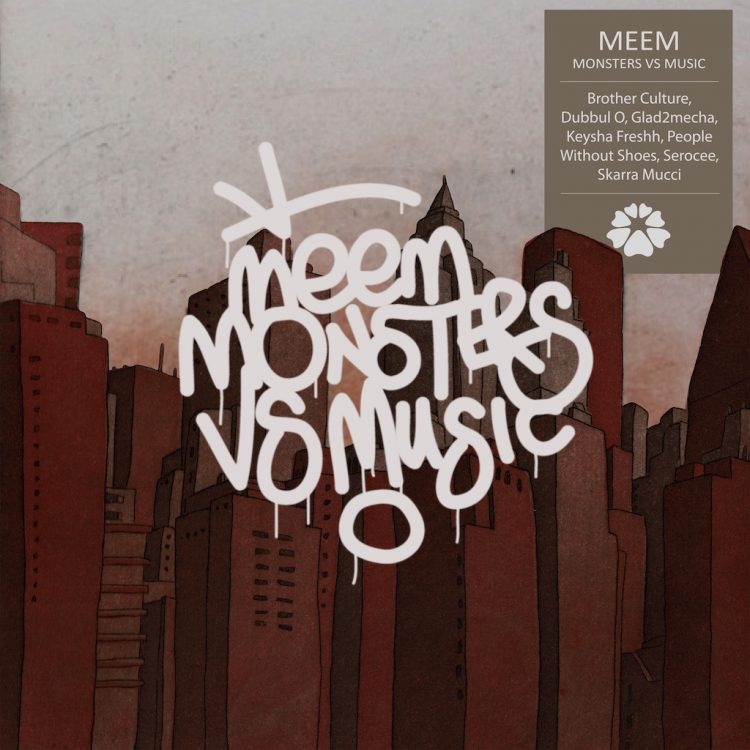 Encompassing his own distinctive vision of music production, Meem’s 7th album ‘Monsters vs Music’ is a melting pot of throwback party funk, innovative hip hop, positive reggae and classic jazz-hop. Produced in Sydney with an international focus, this release is the culmination of the past few years of Meem’s collaborations with some of the worlds finest underground vocalists.

This record is Meem’s most vocal driven release yet, featuring collaborations with Skarra Mucci, Keysha Freshh, Glad2mecha, Dubbul O (Mouse Outfit), Brother Culture, People Without Shoes & Serocee, Casting away the usual conventions of genre and style, Monsters Vs Music could prove to be one of the most unique takes on hip hop in 2019.

Based in Sydney, Meem is an integral part of the Australian music scene. He is one of Sydney’s most in demand DJs, and host of Australia’s longest running funk music radio show ‘Back To Funk’ on 2ser 107.3 FM since 1980. His previous production work includes six critically acclaimed releases, numerous remixes, and countless edits that are played by DJs across the globe.

But this one isn’t just about the music, it’s also about the monsters as you’ll hear.