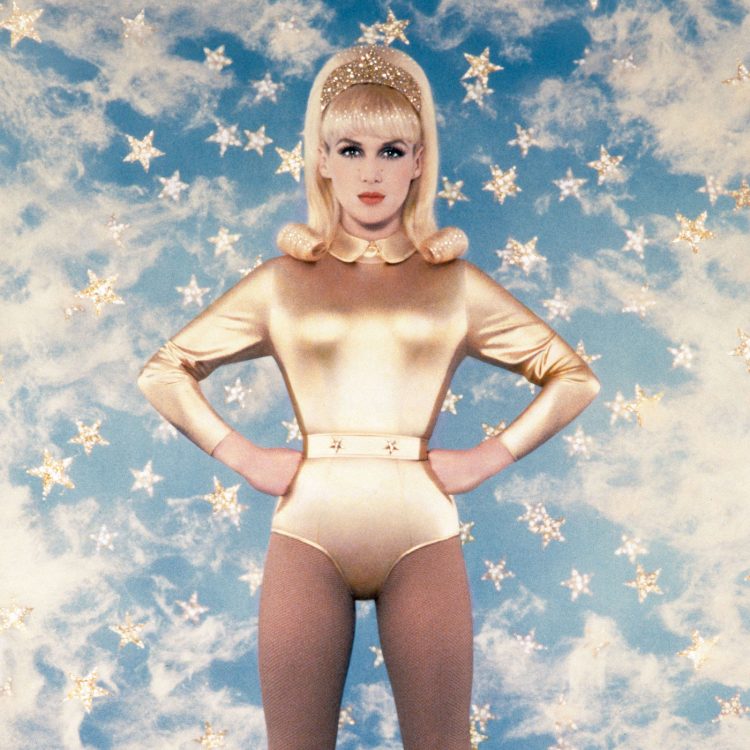 Fearlessly charting a journey into a world of mystery, Ross Blake’s delirious original soundtrack to Pretty en Rose conjures up the glamorous milieu of its parent film, yet goes beyond to inhabit its own peculiar and poetic realm of the imagination.

Pretty en Rose was directed by underground auteur Angélique Bosio, and documents the career of cult Parisian fashion icon Fifi Chachnil. Blake and Bosio have been acquainted for some time following Blake’s discovery of her earlier film Lilk Your Idols, which documented ‘The Cinema of Transgression’ in ’80s-’90s New York.

Having then been similarly impressed by Blake’s theatrical soundtracks and the experimental output of his former bands Buttonhead and Poino, she summarily enlisted him to provide a simpatico score to her film; a documentary that transcends Fifi Chachnil’s diva persona, and looks behind the exotic veil of her idealised Parisian glamour-puss image to investigate the personality within. Taking French musical themes and interweaving them with a plethora of influences ranging from Ennio Morricone to Angelo Badalementi, and Joe Meek to Angela Morley’s Watership Down soundtrack, Blake creates a finely-wrought tapestry that exists on a plateau beyond kitsch and exotica, drifting effortlessly through realms of fantasy and hallucination. Nonetheless, the strains of luminaries such as Broadcast, The Advisory Circle and Basil Kirchin might make fitting comparisons for the elegant arrangements and golden filigree herein.

He was ably assisted in his mission by an assortment of guest artistes, including Dearbhla Minogue (The Drink / The Wharves) and Natalie Sharp (Lone Taxidermist / Gazelle Twin), who imbue the album with their ethereal and gymnastic vocals. Techno magician Karen Gwyer also contributes a compelling spoken word stream of consciousness to the track Karen Black; juxtaposed fragments of domestic gripery and film exposition. In exploring these tangents, the original film forms a jumping-off point for fresh adventure and ever more bewildering expressions of surrealist art.

A modern-day polymath, Ross Blake is given to extend his work in a variety of directions, incorporating and reconciling visual art and music. He has recently provided his customary skewed film-magic for a variety of musical artists and has already created a selection of videos to exist in tandem with this soundtrack release, exploring a trademark visual language that merges Lego vomit, double-taking dogs and Crush Fetish content amongst many other unusual delights. Furthermore, an eclectic group of notable visual artists have been commissioned to provide accompanying music videos for a selection of tracks, not to mention the coup de grâce album cover photograph of Fifi Chachnil provided by none other than superstar art-duo Pierre et Gilles.

For now, feast on this sonically elegant and seductive blend of the melodically rich, atmospherically uncanny, and magically haunting work that is pure Ross Blake. Above and beyond the cinematic themes of beauty and artifice its parent film explores, he has created an album that is an overwhelming and abundant audial banquet as a peerless chronicle of the chic.