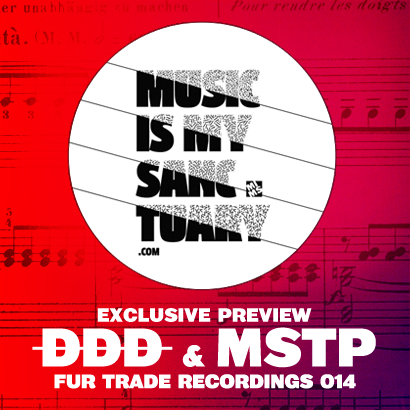 It’s been three years since Montreal producer Bowly released his debut EP on Berkane Sol to great fanfare, so this scorching follow-up on Fur Trade has been a long time coming. Bowly presents DÐD & MTSP comprises of two new directions for the producer. The A-side by MTSP is one for the streets, with lead track by “Red Right Nighter” delivering a pitched-down evolution of his UK Funky calling card that borrows equal parts reggaeton swagger and Balaeric tempos. Meanwhile on “MTSP1”, omnipresent drum machines turn that funky twitch into a slow-cruising electro nighttime drive.

With an A-side competing with the most exciting evolutions of an ever-changing UK scene, and the flip leaning toward Europe’s techno mainland, Bowly’s return showcases a fully armed producer who has spent the past three years absorbing a tremendous amount of exploratory music, and coming out of it able to produce any which way he wants. An essential comeback by one of Montreal’s most talented (and patient!) newcomers.

> Released on October 30th on Vinyl and November 27th in Digital formats.