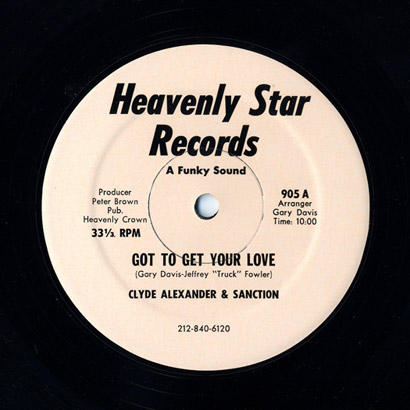 Forgotten Treasure: Clyde Alexander “Got To Get Your Love” (1980)

This song reminds me of playing at Blizzarts on fridays around 2007 with good friend Dj Kobal. I discovered the song with a re-edit that Kenny Dope did on his Kay-Dee label. Hands down one of my favorite disco tracks ever…

“Got to get your Love” came out in 1980 on New York’s highly collectible disco label called Heavenly Star. A lot of the material which came out on this label was produced by the renowned Patrick Adams. However the guys behind this song are the little known Jeff Turner and Gary Davis. Davis was featured in a Wax Poetics article a few years back… This was quite the rare groove / disco anthem back then.

Clyde Alexander - Got To Get Your Love (1980) Download Link