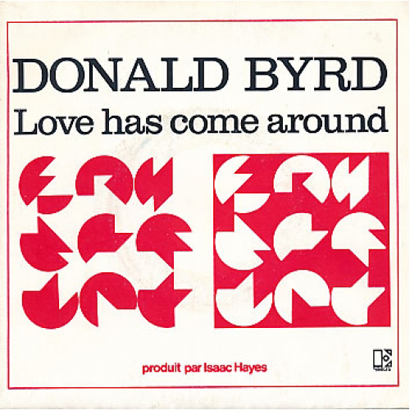 In Memory of Donald Byrd

Donald Byrd was a legendary and striking Jazz musician and has the longest discography, releasing albums since 1955. Mr. Byrd has been sampled over and over again, specifically within Hip Hop, and the first song I ever heard by Donald Byrd was Love Has Come Around. It’s not Jazz, but rather a funky Disco Boogie rendition passionately composed by Donaldson Toussaint L’Ouverture Byrd II and his 125th Street Band.

This track is Boogie magic, with enthusiastic lyrics and vocals, wonderful horns and piano, and it was produced by Isaac Hayes, so you can expect to hear greatness. Love Has Come Around will always be my favorite Donald Byrd production, it makes me sing every time I hear it, and it never fails to bring a smile to my face.

Check out other another post we did on Donald Byrd’s “Think Twice” and all the samples uses. that followed.