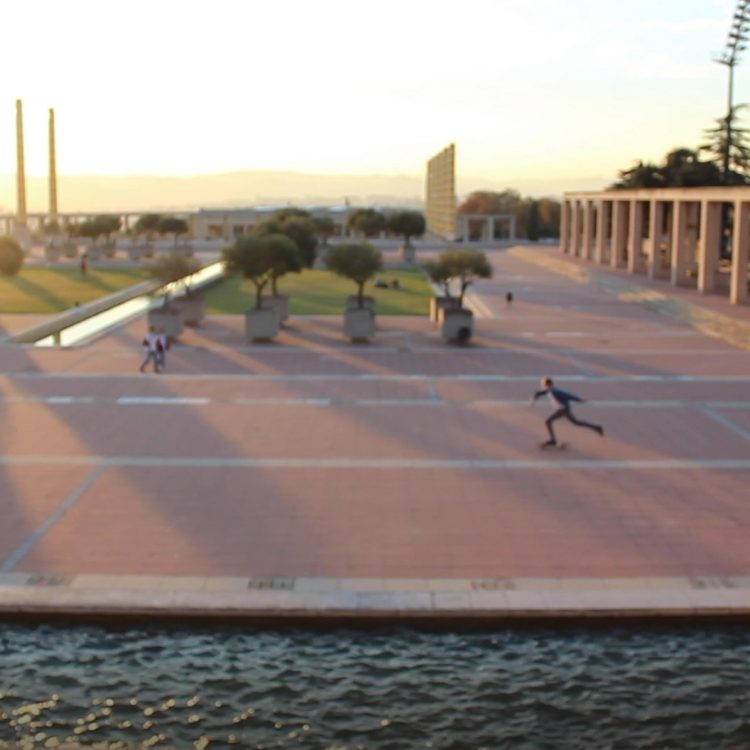 MIMS is excited to premiere “Sketchy”, the second single from saxophonist, composer & beatmaker, Thijsenterprise’s forthcoming ‘Lahringen’ album, an addictive jazz tune with post punk energy. We are also excited to premiere a special DIY music video put together this week, just for us!

Reinier Thijs a.k.a. Thijsenterprise’s new project ‘Lahringen’ begins where most of his previous creations have left off. Through reedy skronking sax, no easy listening aesthetics here, we get that passport to the ’80s. The intersection between Lou Reed’s old New York attitude and the encroaching rhythmic assault about to hit. Post-punk, featuring steady bass lines—peak demon Jaco to cool as fuck Slits era—in transit.

“Sketchy”, an original arrangement, taps Reinier’s dedication to skateboarding. Named for when skate rats land a trick sloppy, non-smooth, or ugly he does in fact match the sound of the bass with the feeling of ‘meh.’ “The drums and percussion in the track carry a driving pulse, and the saxophone plays a light melody, ping-ponging between the groove of the rhythm section. Which makes the track very repetitive, catchy,” states Reinier.

Repurposing discordant sounds, as an alchemist traveling through time, Reinier sounds at home. Clearing out space, grounding up source material, for the cruise. Truth be told, he’s confessed to pulling attitude and sound inspiration from The Lounge Lizards and James Chance. It’s unmistakable and you can hear it. But the combination of new school beat-making tactics, via scientists Makaya McCraven and Jeff Parker, who’s shown it’s far more interesting tossing out the rule book, see Reinier come full-circle with the wide spectrum of his sound jacket.

“When I started making beats, that came from a deep love for hip-hop but also to see if I could create music without my saxophone. In that sense, I’m more of a musician rather than I’m a beatmaker,” says Reinier.

‘Lahringen’ is an anagram for the Dutch city Harlingen, as used by author Simon Vestdijk in his Anton Wachter novel series, whom is Thijsenterprise’s favorite writer. The album is part of his ‘Elfsteden’ (‘Eleven Cities’) series of releases, each named after a city in an infamous Dutch ice-skating race which only takes place in brutal winters.

“Sketchy” sees digital release on November 4 and ‘Lahringen’ (which we also love!) is out November 27th on vinyl and on all digital platforms.