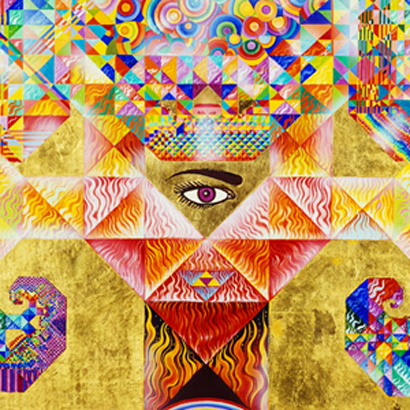 The album consists of 12 tracks of deep spiritual jazz, almost entirely improvised and created as a therapeutic break from their other constraining aliases, and not originally intended for public release. From a chance meeting with the late Mati Klarwein’s son at an exhibition in Dublin, Ireland the artwork features an officially licensed “Conceptual Tree” painting from the artist that was also responsible for classic album covers for Miles Davis (Bitches Brew), Last Poetics (This is Madness), Earth, Wind & Fire (Last Days In Time), Eric Dolphy (Iron Man), and many others.

Today, enjoy a Mini-Mix for the Yatha Bhuta Jazz Combo album, including a video trailer which takes you into their studio and offers fans a glimpse into their recording process.