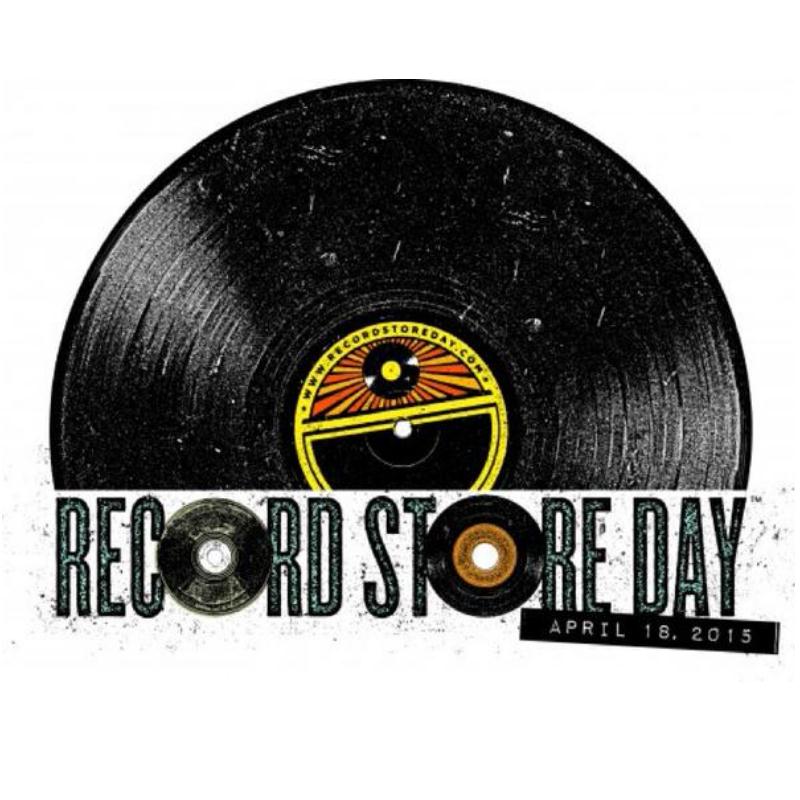 It’s almost that time of the year again. On April 18th the madness that surrounds the Record Store Day event hits your local store with hundreds of limited releases.

We’re not the biggest fans of RSD in the world because of all the hype that surrounds it, especially since this whole vinyl “resurgence”. But hey, we get excited about great releases and projects no matter what day they’re released on. Because everyday is record store day!

We went through the trouble of looking at the entire release sheet and picked the ones that jumped out at us if money (or waiting time outside of stores) was not a question.

Side A: Fix Up / Side B: You Already Knew 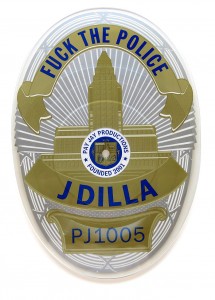 DETAILS
Format: 7″ Picture Disc
Label: Pay Jay
Release type: RSD Exclusive Release
More Info:
Dilla’s classic, out of print for over a decade, remastered from Dilla’s original mixes and issued on Pay Jay as a badge-shaped picture disc single for Record Store Day 2015. The Estate of James Yancey revived J.Dilla’s Pay Jay Productions as a functioning imprint and announced its release of Dilla’s long lost vocal album, The Diary. But before that full-length is issued, Pay Jay now announces the final single to be released from the project. It’s a classic in every way. This single of Dilla’s anthem was originally released as a standard 12”. That vinyl is now rare and out of print. On the Pay Jay issue coming for Record Store Day, both the vocal and instrumental are sourced directly from mix-downs that Dilla himself created. This limited edition Record Store Day release is a badge-shaped picture disc single and features Jeff Jank’s ironic take on Dilla’s message. The vinyl comes in a custom-made pocket inserted into a Japanese-style, resealeable clear plastic sleeve well suited for the collectible this release is destined to be.

DETAILS
Format: 2 x 12″ Vinyl
Label: Opal
Release type: RSD Exclusive Release
More Info:
First time on vinyl for legendary ‘lost’ Brian Eno album My Squelchy Life. Originally slated for release on Warner Bros in September 1991 and pulled from the schedules at the last moment, in subsequent years it has been heavily bootlegged and entered the lexicon of Eno myth. In 2014 it received an official release as the bonus disc to the expanded All Saints edition of follow-up album Nerve Net. For this exclusive Record Store Day edition it is presented in a deluxe gatefold vinyl edition, including an additional track from the same recording session, “Rapid Eye”, that has never been heard before.

DETAILS
Format: 2 x 12″ Vinyl
Label: Nonesuch
Release type: RSD Exclusive Release
More Info:
Nonesuch re-issues the Steve Reich masterpiece Music for 18 Musicians, performed by Steve Reich and Musicians, on two 180-gram vinyl LPs. The alum was pressed at Pallas Manufacturing in Diepholz, Germany and is packaged in a vintage-style double pocket gatefold jacket with poly sleeves. The original 1998 recording was released on CD and has been mastered for vinyl by Robert C. Ludwig. Each limited-edition record will be individually numbered.

DETAILS
Format: 7″ Colored Vinyl
Label: Microfiche Records
Release type: RSD Exclusive Release
More Info:
The follow up to the successful and out of print RPM Turntable Football, is the 2015 Record Store Day Exclusive RPM Turntable Baseball! The envelope has been pushed a little further as this record has a whopping 13 grooves spread over one 7″. The A side is the title game, players take turns getting runs, outs, home runs, and more as they play a full 9 inning game on their turntable. There’s even a separate band of grooves should you feel like you’d like to try to steal a base. The B-side is The Concession Stand Challenge. This game is both an homage to stadium mascot races and to the horse racing turntable games of the 50’s. You name the stakes and the record chooses the winner; it could be Hot Dog, Salted Nuts, Nachos, Soft Pretzel, or Falafel. Both of these games again use Decagonaphonic Multi-groove Technology. Jay Grainer and Barry Dingle return to provide color commentary on all the action and offer clear instructions when to advance your players to the next base, or add an out to your score card. Available for the first time ever on Record Store Day 2015, exclusively in a limited edition colored vinyl. Get it while you can.

Sly and the Family Stone - Live at the Fillmore

Compilation - When I Reach That Heavenly Shore: Unearthly Black Gospel 1926-1936

DETAILS
Format: 12″ Vinyl
Label: Tompkins Square
Release type: RSD Exclusive Release
More Info:
Tracks included here represent the most unhinged, the most compelling survey of pre-war black gospel. Several rare and previously unissued photographs are also contained within. Of the 42 tracks in this 3LP collection, 34 have never been reissued until this collection.

It’s not unusual for hip hop artists to immortalize something by sampling it, but few did so as extensively – or as effectively – as GZA in his use of snippets from Shogun Assassin on his 1995 album Liquid Swords. Though we know them as elder statesmen now, in the mid-90s The Wu-Tang Clan were the spookiest kids on the block, sharing an obsession with shaolin monks, B-movies, and soul-chillingly dark string samples.

Released to the grindhouse film circuit in 1980, Shogun Assassin is a martial arts Easts-meets-West culture mashup. Recutting scenes from the swashbuckling Japanese series Lone Wolf And Cubfor the British and American markets, the film sold on its brutal action and frequent decapitations. Producer RZA was a big fan and let the soundtrack shape his work on his bandmate’s solo LP.

“[The album tells] the story of a shogun told through different narratives and scenarios. It’s not a theme but more like a thread throughout the album,” GZA has said. “While we were mastering the album, RZA asked the engineer to go out and get it and bring it back to us. That’s when I watched it. I loved it immediately and thought it fit with the album well.”

The film’s soundtrack blends eastern melodies chiming out of futuristic synths, electronic beats, and bouncing disco bass lines introduced by a child’s ominous voiceover. It was neither Japanese nor authentic. It was, in fact, recorded and mixed at Icon Studios, Hollywood and composed and performed by W. Michael Lewis (of LA disco pioneers Rinder & Lewis) and Mark Lindsay, a man well known as the frontman of hit 1960s beat group Paul Revere & The Raiders. The combination produces results that are typical of neither and all the more intriguing for it.

Never officially released on vinyl beyond a limited promotional pressing, this is your chance to own the highly sought after LP. It’s sure to be of interest to soundtrack buffs, Wu-Tang lovers, Tarantino aficionados (who may recall Shogun’s homage in Kill Bill Vol. 2), and fans of experimental synth music.

DETAILS
Format: 7″ Vinyl Box Set
Label: Get on Down
Release type: RSD Limited Run / Regional Focus Release
More Info:
The first hip-hop group signed to The Neptunes’ newly formed Star Trak label in the early 2000s was a Virginia based duo known as The Clipse. The group’s first single “Grindin’,” impacted young people with its bare-boned but infectious drum beat in the same way that Run-DMC’s “Sucker MCs” did almost two decades earlier. MCs Pusha T and Malice, combined with The Neptunes’ groundbreaking production, sent a clear message to the rap world – “we are not the same” (as rapped by Malice on his opening verse on “Cot’ Dam”). Pharrell Williams and Chad Hugo were able to combine their electro-punk production with just the right group to create a street masterpiece. Following in the footsteps of such rap criminologists as Kool G Rap, Nas, Jay-Z and Mobb Deep, The Clipse offer a hustler’s viewpoint, with clever, hard-hitting lyrics that remained consistently tough throughout the album.

The album starts off pulling no punches. On the lead-off track, “Intro,” you get a very personal testament of crack and the drug game, a recurring motif. Songs like “Virginia” or “I’m Not You” (featuring Jadakiss, Styles P and Roscoe P Coldchain) have lyrics that play as a musical notes alongside The Neptunes’ tailored beats. “Young Boy” and “Comedy Central” fit perfectly alongside “When the Last Time” and “Cot Dam” as each song plays its part as chapters to the Lord Willin’ masterpiece. And the stand-out “Gangsta Lean” features a slightly lighter feel paired with Pharrell’s trademark falsetto hook. All in all, each song on Lord Willin’ – which was certified Gold – is essential to making it the classic that it has become. Fans can’t deny that it sounds as good today as it did when it first hit in 2002.

This limited edition (1,000 only) of Lord Willin’ for Record Store Day 2015 features seven “big hole” 7-inches (all on “hard” white vinyl) that feature 14 tracks: the original album sequence, plus the “Grindin’ Remix” featuring N.O.R.E., Baby, and Lil Wayne. It comes in a plastic slipcase that holds the vinyl in one deluxe package. Each 7-inch is housed in a mini Star Trak die-cut jacket – replicas of the label’s original 12-inch sleeves.

DETAILS
Format: 12″ Colored Vinyl
Label: Fire Records
Release type: RSD Limited Run / Regional Focus Release
More Info:
An exclusive 12” single of how the Moody EP was meant to be. It’s the early 1980’s in the Bronx and the Scroggins sisters are in the middle of their foot-stomping post-punk best. The ‘You’re No Good’ 7inch was spinning on the turntables and the clap beats and freaky bass of UFO was taking ESG out of this world but it was Moody’s beat that everyone was dancing to. Now on a three colour splatter vinyl pressing, ‘Moody’ and it’s spaced out edit are joined by ‘You’re No Good’ and ‘UFO’ for a one off pressing that will have DJs across the world clambering for a slice of ESG. 45rpm Green, Blue and yellow splatter vinyl with download code.

Georgie Fame - R&B From The Camden Theatre Rhythm and Blues

DETAILS
Format: 12″ Colored Vinyl
Label: Furious Hooves
Release type: RSD Limited Run / Regional Focus Release
More Info:
Furious Hoops Vol.01 – This compilation collects music and art to pay homage to the greatest era of basketball in human history—the 1990s. Musicians and artists from all around the globe gathered together to create something as memorable, unique, and furious as the players who inspired it. Furious Hooves is proud to present to you Volume One of this collection known as Furious Hoops. Drop the needle, lace up the kicks, and head to the court.

DETAILS
Format: 2 x 12″ Vinyl
Label: Now-Again Records
Release type: RSD Exclusive Release
More Info:
Issued in 1975, this is the articulation of Zambia’s Zamrock ethos. While other albums – Rikki Ililonga’s Zambia, WITCH’s Lazy Bones!! – are competitors, it’s hard to best this album as it covers each major quadrant of the Zamrock whole: it came from the mines; its musicians were anti-colonial freedom fighters, it envelops Zambian folk music traditions, and it rocks – hard. 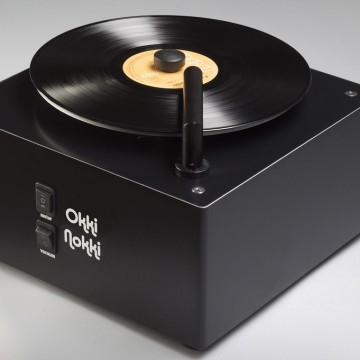 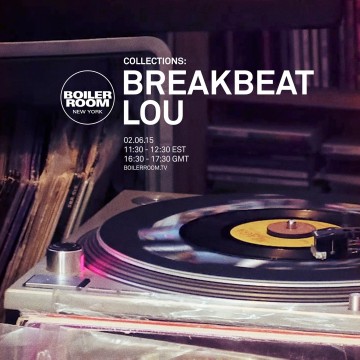 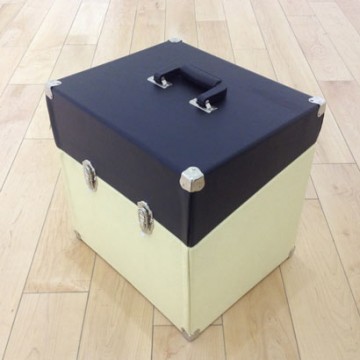 Customized Cases for your 45’s 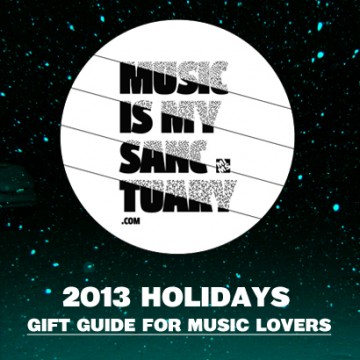