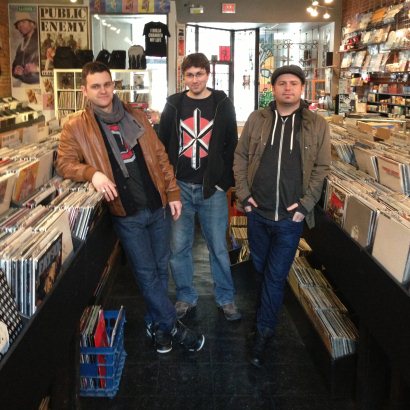 We would like to take a moment to say THANK YOU for making our latest edition of the 24 Hours of Vinyl marathon a success! It was the first time we did the event outside of our home base of Montreal so it was very thrilling for us to go to Vancouver and host this event we love so much.

15 DJ’s relayed for an entire day dedicated to listening & sharing amazing music, from all angles. We had some local legends on the roster, we had some new school talent, guys, fly ladies. Funk, Soul, Boogie, Classic Rap, Early Dubstep, Psyche Rock. You name it…. We rocked 12’s, 45’s, 10’s and a few acetates too!

The recorded sets & pictures will be up soon.

We would like to thank Red Bull Vancouver for hosting the event in their beautiful office!

Big thank you to all the DJ’s.

Be sure to catch the next edition of the 24HOV marathon which will be on March 2nd, as part of the official Nuit Blanche event in Montreal!

Check out the map of the worldwide audience who checked out 24HOV at some point during the event!