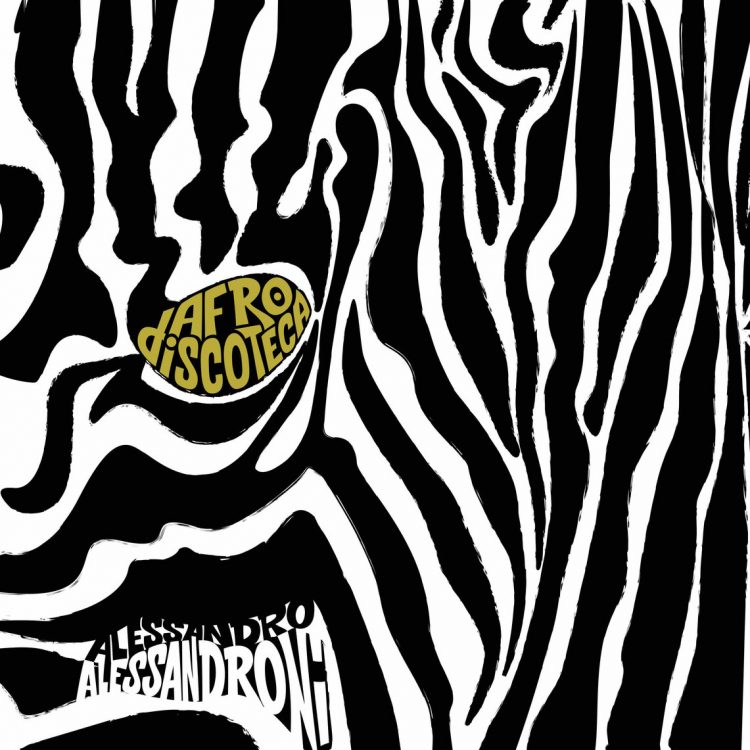 via Four Flies: Alessandro Alessandroni is one of the legendary composers and musicians that shaped the characteristic sound of Italian soundtrack of the ’60s and ’70s.

This EP contains unreleased music composed and produced by Alessandro Alessandroni in the ’70s, taken from a dusty tape found in his vault. The Maestro is best known as “the most famous whistle in the history of Cinema” (it was him on the theme of the famous Spaghetti Western “A Fistful of Dollars”) and as the voice of Piero Umiliani’s classic “Mah-nà mah-nà”. “Afro Discoteca” strikes immediately for its modernity and rich textures, sounding unbelievably contemporary.

Four Flies Records is back in full force, this time with an EP that looks at the more sophisticated and modern dance floor. The Italian label embarked on another journey of rediscovery, a specialty they seem to master. The destination of this trip was a dusty vault in Africa, where a famous Italian musician moved years ago. The Italian film and TV industry provided in the ’60s and ’70s countless opportunity for talented musicians to compose and produce a rich variety of music: soundtracks, library music, experimental music – an infinite amount of recordings that still represents a paradise for the most curious and passionate diggers.

So here we have the proof that there’s still lot to discover. Alessandro Alessandroni is one of those pioneers, a maestro that built the legend of Italian soundtracks and library music along with Ennio Morricone, Piero Umiliani, and many others. His vault testifies how prolific had been those times, with hundreds of tapes and obscure recordings from that period. Among the many, a dusty tape bearing the hand-written label “Afro Discoteca” captured the attention of Four Flies.

The music contained in the tape had never been released until now.

When he listened to the tracks, Italian legendary DJ Leo Mas (one of the undisputed inventors of the Balearic sound) told us: “It is surprising to listen to something that sounds so modern. This EP is the perfect union of Afro influences and Italian taste. There’s something Afro-Lounge here but also incredibly cinematic – it makes me think of John Carpenter’s atmospheres. B1 (Afrodiscoteca) reminds me of clubs I’ve been in Malindi in the late ’70s and the closing track is absolutely spellbinding. This is wonderful”. Paolo Scotti, head of Déjà Vu Records and an authoritative Italian jazz expert said: “Alessandroni’s contribution to music is huge, he’s a great musician and a great experimenter. “Afrodiscoteca” sounds like it’s been produced yesterday by a DJ of our times, an absolutely surprising EP and proof of Alessandroni’s spontaneous genius!”