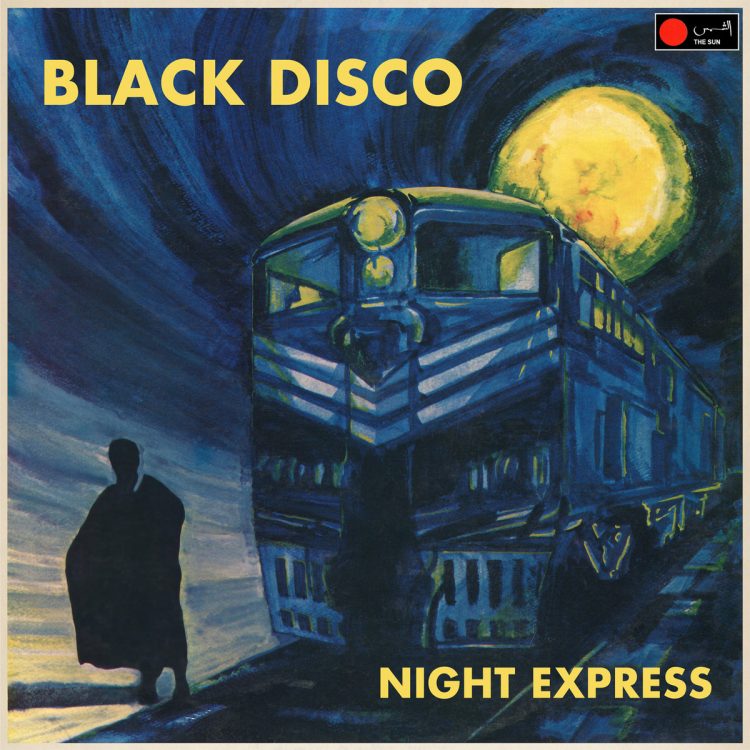 This was an era when Abdullah Ibrahim’s music spoke to popular audiences as well as jazz fundis, with the bump jive mood of Mannenberg as representative as the more abstract piano explorations of Underground in Africa. It was also the heyday of Soweto Soul, when groups such as Jacob ‘Mpharanyana’ Radebe’s Cannibals melded hoarse lead vocals, sweet female backing choruses and Ray Phiri’s fiery guitar into South Africa’s answer to the Stax sound.

There are flavours of all of these in Night Express, and something else too: a quiet wistfulness that’s slightly more Philly than Memphis. Maybe it’s those insistent Yamaha organ riffs with which Ismail ‘Pops’ Mohamed underpins the themes… or maybe it’s something more. Because Night Express was not only a funky, compelling hit record in its day. It was also part of a series of ‘70s releases, three as Black Disco and two as Movement in the City, that were a declaration of musical identity from communities whose jazz histories have hardly been documented yet: the apartheid-defined ‘coloured’ townships of Johannesburg’s East Rand.

For the ideologues of apartheid, ‘coloured’ was a genetic destiny. In truth, the category encompassed many: families of mixed heritage; descendants of the Khoi, San and Griqua peoples; and others who did not fit (or did not wish to fit) neatly within the regime’s other rigid racial categories. Confined together by residence controls, these communities developed their own vibrant cultural life. They were neither homogenous (Cape Town’s musical tastes were subtly different from those of Johannesburg) nor insulated, despite the regime’s best efforts, from the currents of black urban popular music. Mohamed’s home suburb, Reiger Park—formerly Stirtonville—abutted both the black township of Vosloorus and, earlier, the hard to police informal settlement of Kalamazoo, and musical and social sharing offered lived defiance to apartheid.

Mohamed had started his musical journey at Dorkay House, where he studied guitar and was able to hear the rehearsals of jazz legends such as saxophonist Kippie Moeketsi. Later, it became one of his meeting and rehearsal spaces. “Me being from the East Rand,” he says, “I saw the Jo’burg guys as somewhere up there. I was in awe.” By the early 1970s, not long out of school, he was working with an outfit called The Dynamics, influenced by the assertive Soweto Soul sound of groups such as The Cannibals and The Beaters (later Harari). “I was also listening to a lot of Timmy Thomas—I loved the track Why Can’t We Live Together?—and I’d acquired a Yamaha organ to explore that kind of sound.”

Just before the first Black Disco album was made, Rashid Vally’s As-Shams label (which also handled The Dynamics) had released Abdullah Ibrahim’s Mannenberg. Mohamed already knew bassist Sipho Gumede from Dorkay House. At Vally’s Kohinoor record store, he was introduced to Capetonian Coetzee, still in town after the Mannenberg recording session. “Rashid said: ‘This is Pops—he’s a new guy and he’s got compositions. Why don’t you guys talk…?’” Mohamed remembers. A vehicle was hired to bring his Yamaha from his home, and the first Black Disco album was cut: a trio with no drummer.

“We had one hit track from that,” says Mohamed. “Dark Clouds was hugely popular in the coloured townships. It had a bass line inspired by Marvin Gaye’s Sexual Healing. We did it in the Gallo Studios in about two hours—no re-takes. And on that track, Basil speeded the tune up with a long solo over the bass line, which made the track incredibly powerful”. At that time, Mohamed was still feeling his way through jazz-style soloing. “Sipho and Basil told me: just play what your heart is telling you. They were my mentors.”

The success led to a second recording session, this time with drummer Peter Morake, for a new album initially called Black Discovery/Night Express—until the censor decided that ‘black discovery’ (Coetzee’s idea, with the scorching eleven minute Night Express, his composition, two were by Mohamed, and the rest covers) sounded far too revolutionary.

Night Express was an instant hit, and Black Disco (one of several names the group bore, with shifting personnel when Gumede or Coetzee were not in town) was able to graduate from its previous three-hour afternoon sessions in township school halls. “You needed a hell of a repertoire,” recalls Mohamed. “Most songs were very short in those days.” After Night Express, they were welcomed by more upmarket venues such as Club Matador, Club New York and Planet Fordsburg, a nightclub with a ballroom upstairs where, rather than screaming groupies, they played for older, more affluent listeners interested in discussing the music.

“The sound the three of us had developed,” says Mohamed, “was very special. We were bridging between a Jo’burg and a Cape Town feel—but still keeping the funk alive.” For Mohamed’s community, “the people who were looked up to were Richard Jon Smith, Danny Williams and Sammy Brown from Kliptown. Gamble and Huff, pioneers of the Philadelphia soul sound, had heard him singing somehow and wrote to Gallo suggesting they’d like to write a song for him. And Gallo said: ‘We don’t pay that kind of money for songs even for our white musicians, let alone for a coloured performer!’ When I had a hit with Black Disco, the community became proud of me in a similar way.”

“But it was always very important for us not to stay inside the classification. The regime divided us: people classified coloured had identity documents; black people had the dompas. We didn’t accept that separation. Sipho, although he was born in KZN, could play any feel. Sometime he’d joke and ask me: ‘Does my bass line feel coloured enough?’”

Despite the hits, it had not been easy making a living from the music. Mohamed tells of finding an entire album of his had been credited to a mysterious composer called ‘R. Richards’, preventing him from collecting royalties. “Albums got very limited promotion. We never even knew,” he says, “when our royalties were due, and had to go and beg cash advances. And if they didn’t feel like paying you…”

Mohamed had worked with several bands, including Les Valiants in the late 1960s, The Dynamics, El Gringo’s and finally Society’s Children, who scored a massive hit with Mohamed’s 1975 composition I’m a Married Man. But the growing weight of repression culminating in the Soweto Uprising in 1976, were leading to a shift in his music. Increasingly “I was unhappy with playing all those covers. I wanted a reason for playing. It was no longer enough just to have hits.”

He describes his earlier formations as “experiments”—Black Disco gave Mohamed his direction. After Night Express, he went on to become a co-founder of Movement in the City, with Cape Town drummer Monty Webber. “The name was code for let’s fight the system. It was a very dark time for us, personally and politically, and their two albums including Black Teardrops (another title the censor didn’t like) came from that emotional place.”

Increasingly, Mohamed’s searching took him towards his roots. “I figured that protecting and preserving our indigenous music could be my contribution to the struggle. We must know our heritage. I thought: if the Boers take that from us, we’re fucked.”

So Mohamed’s journey, which began as a boyish organ player doodling Timmy Thomas-style riffs on Night Express has now brought him to a role today as a kora master and producer, collaborating with Khoisan traditional healers and their music. But the Black Disco group was, for him, where it all started. “It was so important for us to play a kind of crossover then. To weave in the touches of Motown, Philadelphia soul and Teddy Pendergrass that the coloured community appreciated, and Basil’s Cape Town sound, and Sipho’s sound that was legendary in the black community, and make music that people could all enjoy together. It was our way of saying: We are with you.”