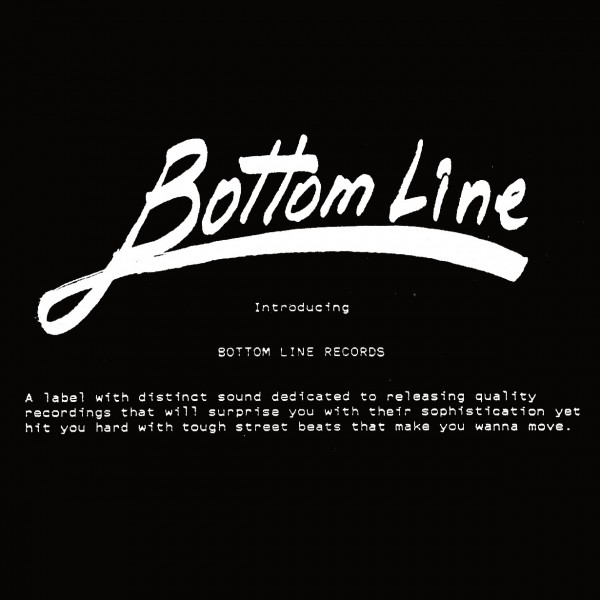 via Phonica: Brooklyn NYC – 1990. Former Berklee college of music student Ed “The Red” Goltsman has already been locked away in the studio for the previous 5 years producing and playing on numerous underground Soul and Hip Hop records.

His deep love of music and his involvement with these projects eventually led to him setting up his own venture. Inspired by encounters with NYC’s dance music underground these sounds and experiences helped shaped his idea and sound into what would become one of the most popular, cult dance music labels that emerged from the city during those fertile years – Bottom Line Records.

During the label’s life Ed The Red produced, mixed and played on almost all of the releases that came out on Bottom Line, alongside Nelson “Paradise” Roman and other artists such as Lenny Fontana, The Burrell Brothers and more, Ed crafted a deep, soulful, jazz infected Garage sound that resonated across dance-floors in NYC and New Jersey with the releases getting regular plays at the legendary clubs of the day by the biggest jocks.

Bottom Line were on a roll, achieving hit records and charting high while retaining underground credibility on the streets and in the clubs. A true independent label whose releases are undoubtedly a huge influence on hosts of contemporary producers and DJ’s today, still sounding incredible in 2016 (and beyond!).

Across 3 discs, and with the assistance of Ed “The Red” we have a deep selection from the Bottom Line archives, carefully selected to represent the many numerous faces and sounds of the label. From the ethnic leaning deepness of Flow’s “Another time”, a big hit in both the UK’s Balearic and House scenes to the robotic chug of O.D.C’s “My Mind Is Going”, now quite a rare record to find due to it’s scarcity, the selection celebrates the forgotten gems, club hits and rarities that this powerhouse of a label released. Each track on this compilation has been carefully remastered from Ed’s personal DAT collection and sequenced for maximum club play. This is a 100% legit, licensed compilation, produced with the involvement and kind permission of Ed “The Red” Goltsman and the Bottom Line Records family.