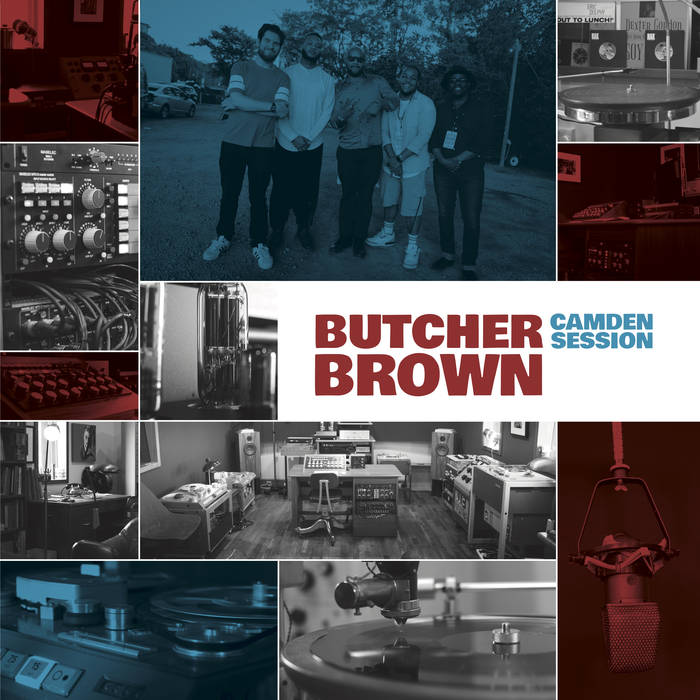 Without a doubt, “Camden Session”, the latest release by the five-member Funk-Jazz collective Butcher Brown, lands on an ever-wavering dime between instrumental Hip Hop vibes and any Headhunters-era Herbie Hancock creation.

Recorded at Mark Ronson’s Zelig Studios, “Camden Session” was cut live to disc at Gearbox Records in London using an all-analogue signal path. With no edits or overdubs this is a no BS look at expansive Jazz from serious artists born after the mid-70s golden age of Fusion.

While the band time travels with their sound with echoes of Weather Report, Return to Forever, and early Earth, Wind & Fire, its contributors are grounded in the now. Their keyboardist, the multi-instrumentalist Devonne Harris aka DJ Harrison is a wizard-like Hip Hop producer as well. He’s known locally in Richmond and nationally due to a slapper of a solo album entitled “Hazy Moods” released on Stones Throw Records last year.

Marcus Tenney, who supplies bright trumpet and saxophone colours in the mix, finally gets his moments to really unfurl all the artistry he has packed in his trick bag. While his session play with the band Foxygen and background work on Kenneka Cook’s slept on gem “Moonchild” from earlier this year were impressive, these were limited representations of his talent.

The showcase piece ‘918’, the most Headhunters-esque of all, cuts directly to the matter of fact chemistry / grind on the fly attentiveness shown by the rhythm section of Corey Fonville on drums and Andrew Randazzo on bass. Guitarist Morgan Burrs finally gets his green light to fly here as well with Joe Pass meets Charlie Hunter phrasings ensuing for all to digest. These moments are solid reasons to stay seated when Butcher Brown opens for Kamasi Washington on his upcoming “Heaven and Earth” US tour this fall. This deep and talented outfit from Virginia was selected for a reason. “Camden Session” tells us why.