We skipped last week so we’re back at it with a double dose of extended selection Crucial Material as picked by our team of passionate music heads.

What an absolute beast of a record. Montreal-based duo Pelada have been one of our city’s best kept secrets, smashing it with their live performances for years . Finally their anticipated debut album has landed, on the mighty PAN Records no less. Prepare for an uncompromising 44m35second Acid/Rave/90sDance/Breaks/Reggaeton onslaught!
– Selected by Lexis

Yelfris Valdés “For The Ones”

Now residing in London, Cuban-born trumpeter Yelfris Valdés has began making a strong name for himself over the past few years, performing alongside Quantic, Nubya Garcia, Michael Kiwanuka, Rokia Traoré, Dayme Arocena, legends Chucho Valdés, and the Buena Vista Social Club among many others, as well as being featured on Yussef Kamaal’s groundbreaking 2016 album ‘Black Focus’. His debut full-length album brilliantly fuses together Afro-Cuban jazz, spacey electronics, hypnotic soundscapes, and complex harmonies, with Yoruba influenced rhythms and shamanic chants. Easily one of the best and most forward-thinking jazz records of 2019.
– Selected by TJ Gorton

London’s Portico Quartet return with their fifth studio album, and second with Matthew Hallsall’s Gondwana Records. Building off their past couple of releases, the group continues to explore the melding of jazz and electronic music, incorporating live instrumentation, atmospheric tones, looping hypnotic grooves, and pulsating drum rhythms. Solid from start to finish, the recording has just the right amount of tension and calming moments, taking the listeners on a sonic musical journey.
– Selected by TJ Gorton

Pat Thomas, known as “The Golden Voice Of Africa” collaborates once again with Ghanaian musician & producer, Kwame Yeboah, and the Kwashibu Area Band, producing a stunning collection of modern highlife that demands to be danced to. Thomas’ acclaimed voice is backed by formidable brass & rhythm sections, led by gorgeous guitar & organ riffing. Another essential release from Thomas. On tour now, so catch their brilliant show too.
– Selected by Oliver Brunetti

Following up on her breakthrough ‘The Space Between The Fish & The Moon’, British-Bahraini trumpet player and composer Yazz Ahmed returns with a brilliant new album, titled ‘Polyhymnia’. This new recording features six movements, and is a celebration of the outstanding women and female role models that Ahmed has had a strong connection in her life. Featuring some of the most notable female musicians in the London jazz scene, including saxophonist Nubya Garcia, guitarist Shirley Tetteh, trumpeter Shelia Maurice-Grey, pianist Sarah Tandy, trombonist Rosie Turton, and many others, this album blends layered horns with Arabic melodies and psychedelic grooves. The album also includes a beautiful 12-page full color booklet showcasing the original art of Sophie Bass.
– Selected by TJ Gorton

Lovely new album on Soundway from the Italian percussionist & producer, Gabriele Poso. Following his last LP on BBE, Poso has developed a more organic sound on this outing, whilst still loosely based around the afro-latin house he’s known for, and his soulful, jazz-rich percussive grooves are more infectious than ever. Digital version also contains a couple bonus cuts including killer soul jazz track “Come Back Home”.
– Selected by Oliver Brunetti

Electrifying new statement from improvising trumpeter Branch, who continues to develop her own distinctive voice. In fact, she employs her own voice for perhaps the first time on record, with maximum impact too – On “Prayer for America”, Branch first laments the condition of her country before tackling the very personal effects of Trump’s war on immigration. The whole LP is a step-up from her last for International Anthem and having recorded this at the end of an extensive tour, the band is tight, their musical chemistry more than apparent, and Jaimie’s writing and performance is absolute gold. Essential.
– Selected by Oli Brunetti

I’ll be honest I was never an expert on Kim Gordon’s many musical projects while being that “Girl In A Band” – most notably, Sonic Youth of course. But upcon learning that “No Home Listening” was her first solo album in her 38 year career, I was really intrigued to check it out. After a couple spins the two highlights for me are “Cookie Butter” and “Paprika Poney” but the rest of the album is also growing on me. Huge respect for this thrilling solo debut, 38 years into the game!
– Selected by Lexis

Just picked this ultra-limited-vinyl-only new EP from Kyle Hall this weekend while record digging in Detroit. His first release of 2019 is a lovely four-tracker that touches on jazz-funk meets Detroit Beatdown. One for the headphones or for the early hours of any dance floor with an attention to superior quality.
– Selected by Lexis

Steve Hiett “Girls In The Grass”

An incredible collaboration project between the Efficient Space and Be With labels to simultaneously reissue Steve Hiett’s elusive “Down On The Road By The Beach” and this beautiful collection of unreleased instrumentals sourced from tapes recorded in 1986-87. It’s truly hard to believe that “Girls In The Grass” was recorded 30 years ago and might have never seen the light of day if it wasn’t for this project. A rare combination of electric blues boogie guitar licks on top of drum machine grooves all with an intimate, carefree vibe. Highly. Recommended.
– Selected by Lexis

Incredible album of traditional Morrocan gnawa music dating from 1994, from Maleem Mahmoud Ghania and his ensemble. Their trance-like music alone would set this recording apart and make it a must-have recording to hear and own. However, it is particularly exceptional as it features the tremendous contributions of none other than acclaimed saxophonist and spiritual jazz icon, Pharoah Sanders. Any other saxophonist and their contributions could have been superfluous or even jarring. But Sanders exceeds all expectations. Essential.
– Selected by Oliver Brunetti.

This sophisticated funk album from then new Yellow Magic Orchestra member Yukihiro Takashi is finally getting the reissue treatment it deserves (obi strip and all!) Produced by the master Ryuishi Sakamoto, this album has the slick city vibes, the raw creativity and musical exploration and just enough grimeyness to take some polish away and leave a great album to shine. An important era in Japanese, electronic and funk music brought back to life by the good folks at We Want Sound.
– Selected by ASMA

Ini Kamoze has had a unique run in the jamaican music industry. Known for his breakout hit 90s hit Hotstepper, he really began his career in the early 80s with a Sly and Robbie produced 6 song EP. That project featured World a Music that would infamously be sampled for the Damian Marley Smash Welcome to JamRock. A nice meeting between digital and roots era, this inspired EP has finally be reissued and we can ponder back at the voice that we have grown to love and where it all started.
– Selected by ASMA 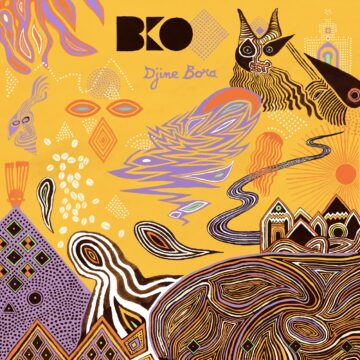