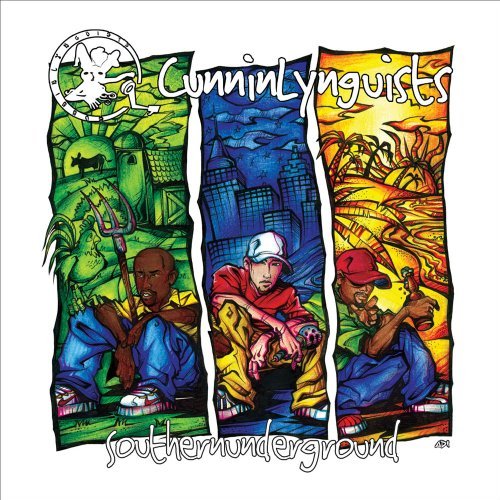 This track was stuck on repeat for about 3 days last week. A real gem from much underrated rap group Cunninlynguists on their second record called SouthernUnderground. On ‘Seasons’ the crew with tha Masta Ace get on a reminiscent tip while RJD2 drops gliding cinematic flow with bubblin’ beats and melodic drops.

Insane track that details that history of hip hop as different eras to seasons of a year. Timeless!

[Intro]
One two
It’s Masta Ace, Cunninlyguists
We about to get into the seasons
The seasons of hip hop
How we gonna start it?

[Masta Ace]
As we spring back to the past, it was all happening fast
We glorified coke and smoking crack in a glass
When b-boys danced to the latest jam
You could say this man was the greatest fan
When shoelaces were fat, and all the rapper’s faces were black
And light-brown, a box with the right sound was all you needed
When it blast…they must move
You just proved you’re hard like L in Krush Groove
And songs started to drop – Ain’t nobody start at the top
Before Preme (DJ Premier) learned the art of the chop
This is way before SP’s…and MPC’s
And long before CD’s and MP3’s
The game started to bloom and blossom
And masters ready for the cermony, like a groom in costume
Growth from the rain of the previous years
I took notes from what I heard through these devious ears
Yeah

[Deacon the Villian]
As Summer’s heatwaves ascended in it’s splendid manner
Green was flooding our scene, although the skin was tanner
“Fuck The Police!!” jumpin over radio scanners
It was hot in the shade, wet paint all over the canvans
Fuck Vanilla Ice cones, we had T, Cube’s Amerikka’s Most
And wanted that Chronic on the Left-Coast
Talent pools were full and fresh for swimming
Backstrokin’ through Dark Sides and Illmatic beginnings
Them lemonade stands would make you street platinum
It was 2 Live.. Florida crews caught heat for rappin
But free speech pollination kept bee’s colonizing in hives
And stung Delores Tucker right in her pride
The Tribes ocean splash was rising the tide
Strictly 4 My Niggaz that were ready to die in the ride
I wish the summer’s vibe could’ve lasted forever
To bad we had to have a change in that weather.. that shit was beautiful

[Kno]
As the East vs. West winds blew, causing two
Legends to Fall like maple leaves from escalated beef
Assumed that the worst was over
Til these cats started wearing shiny costumes like the 31st of October
The weather’s colder, but the word jacket/jack it
Is what they did to people’s styles, not what they covered they backs with
Tactics of the skill impaired
No Limit to what they’ll do when the green is scarce
Some be Thanksgiving for who they know, while others get jerked for loot
Cause gettin signed ain’t a turkey shoot
No respect for the pilgrims who paved the way so you could rock that
Just pop crap and Plymouth Rock-Rap
Beyond gimmicks and fake plastic tits
Outkast and Raekwon dropped fall classic discs
Born to Roll, so I’m taking you back to school days of autumn
Before the bottom dropped out in 2K

[SOS]
By the dawn of the new millennium we saw bright chains
Winter brought along platinum causing the ice age
No more Gold, no more YO! MTV RAPS
Now we got R&B cats stealing classic rap tracks
In winter it’s snowed in like the temperature’s below ten
Citizens open up shows for more snowmen
Scrawny boys rock bubblegooses to pose like grown men
And you can catch freezer burn from women when they show skin
Jolly, fat, white men get paid when rap hits the shelves
And artists themselves get treated like Elves
Matter of fact, Santa’s gotten so greedy when a rapper sells
You even need clearance to sample Jingle Bells
What the hell! You need cells and 2 ways for chicks to bone ya?
And so much ice on ya body that you can get pneumonia
Even at the beaches of Daytona it’s gotten colder
But it’s about time for the cycle to start over (echo)

How we gonna start?