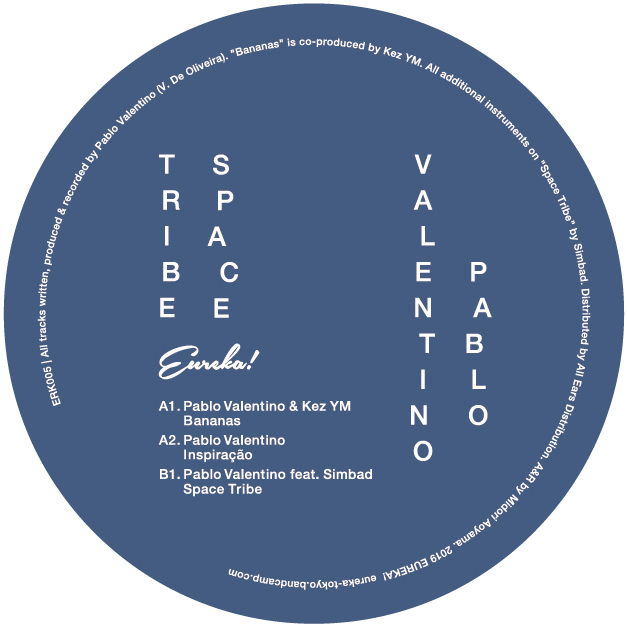 EUREKA! is a house / deep house imprint and one of Tokyo’s most influential club nights since 2012. The label reaches across the globe with its roster of Atjazz, Detroit Swindle, Kyodai, Jamie 3:26, Lay-Far & Mad Mats. Their ethos is ‘Quality House Music, Never Betray’.

Pablo Valentino is a talented French DJ & has been playing since 1998. He’s a well-travelled, music collector and the founder and owner of MCDE Recordings, which he runs together with his close friend Motor City Drum Ensemble. He also runs FACES Records which has recently celebrated 15 years of the label. Pablo is known for his energic and eclectic DJ sets, from House, Disco, Brazilian to Boogie, Techno & Soul. Since 2014 he’s been running a monthly residency called “Children Of The Drum” that’s big on the French club scene, with nights at Le Sucre in Lyon & Rex, Paris.

‘Space Tribe’ is produced by Pablo Valentino, and is the fifth release for the label, which features collaborations with Kez YM and London’s Simbad

The A-side kicks us off with ‘Bananas’, with its edgy house groove and up-tempo piano riff. Following on with a more downtempo chillout jazzy track ’Inspiraçao’. On the flip ‘Space Tribe’ goes lo-fi, featuring the beautiful and echoing synth sounds of veteran London producer, Simbad. There’s a digital exclusive available of the title track too.