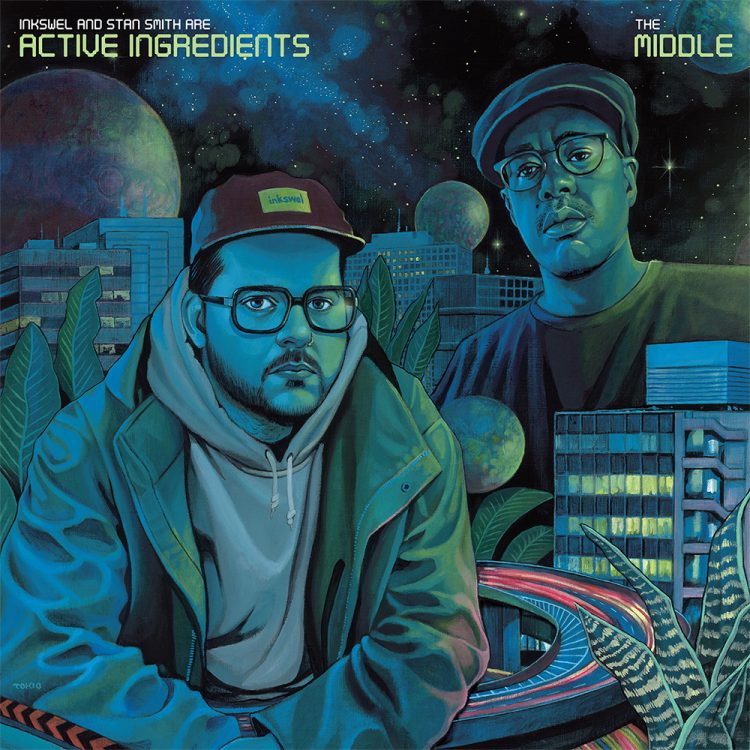 This time we introduce to you a collaboration between Inkswel & Stan Smith.

A meeting of creative minds formed on mutual respect for each others output, Stan ‘Steam’ Smith and Inkswel connect as ‘Active Ingredients’. Inkswel an electronic music futurist gliding the boundaries between Hip Hop, House Music and Modern Beat culture and Stan Smith an MC who honed his skills in the golden era but has always looked forward with past works produced by Daz-I-Kue (Bugz in The Attic) and Soulparlor. The ‘Middle’ is a refreshing perspective, something that came natural, a collection of songs the team did together over a period of 6 months of sending each other vibes back and forth from Adelaide to Atlanta. With outerwordly cover art by the infamous Tokio Aoyama and remixes from broken beat legend Kaidi Tatham and Soul Of Sydney veteran Edseven, the ‘Middle’ encapsulates the forward thinking evolution of the Hip Hop inspired generation.