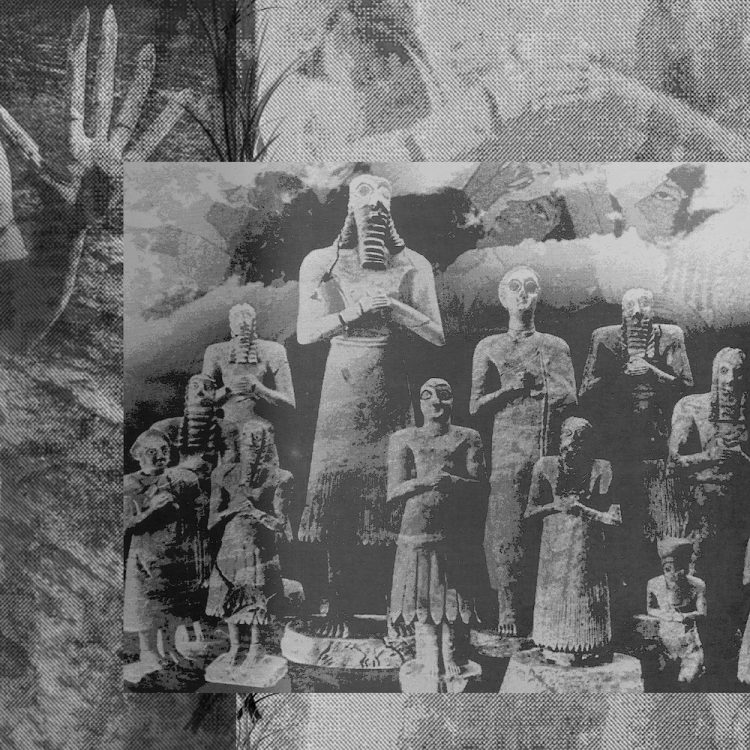 It’s not every day you get the pleasure of sharing unreleased material from the mighty African Head Charge!

A unique album of outtakes from the classic Songs Of Praise and In Pursuit Of Shashamane Land albums, compiled by On-U archivist Patrick Dokter from the original tapes and expertly sequenced to work as an immersive listening experience. A companion piece to the acclaimed Return Of The Crocodile set from 2016 that took the listener on a version excursion through the early years of the group.

These are the dubbier and more out-there experiments mixed down whilst Adrian Sherwood was shaping the sound of the albums. Bubbling percussion lines skitter across the stereo spectrum, ghostly voices echo inside the machine and mangled guitar riffs beam down from Mars, whilst staying rooted in the tough tribal rhythms that form the bedrock of the AHC sound, this is music for the head and feet, take heed!

Series includes ‘Songs of Praise’, ‘In Pursuit of Shashamane Land’, ‘Vision of A Psychedelic Africa’, ‘Voodoo Of The Godsent’ and ‘Churchical Chant Of The Iyabinghi’ + 5 CD Boxset ‘Drumming Is A Language 1990 – 2011’

This new series picks up the story in 1990 with the album that is widely regarded as their masterpiece, ‘Songs Of Praise’. It’s been expanded to a double album with a whole raft of bonus tracks, as has 1993’s ‘In Pursuit Of Shashamane Land’.

2005’s ‘Vision Of A Psychedelic Africa’ and 2011’s ‘Voodoo Of The Godsent’ are pressed to vinyl for the first time, both as double LP sets, and as a companion piece to the ‘Return Of The Crocodile’ LP of early rarities, ‘Churchical Chant Of The Iyabinghi’ compiles alternate mixes and dubs from 1990 -1993. Each vinyl LP comes with a double-sided 24” x 12” poster containing an exclusive new interview with Bonjo in 5 parts alongside rare photos.

All of the contents from the vinyl reissues are also anthologised in the 5CD and 36 page book boxset, ‘Drumming Is A Language’, the companion set to the acclaimed ‘Environmental Holes & Drastic Tracks’.