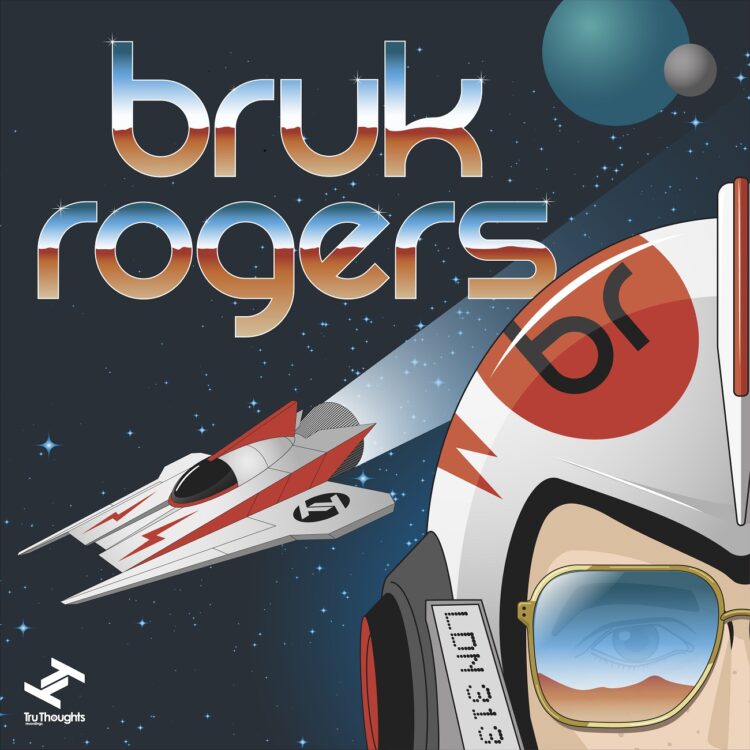 London-based Irish producer Bruk Rogers aka Cian McCann (Zero T/Zero Tolerance/Searchlight) signs to Brighton-stable Tru Thoughts and shares new single “LDN 313”, a sonic clash between the cities of London (LDN) and Detroit (area code 313) that ought set alight dancefloors all over the world.

The Bruk Rogers alias was born out of Cian’s long-held love of the broken beat genre, and its recent resurgence spearheaded by labels such as Tru Thoughts, Rhythm Section International, Selectors Assemble and Eglo Records. Aesthetically and eponymously influenced by watching endless reruns of the 70s sci-fi adventure series Buck Rogers, the mischievous alias was coined with the help of a friend. “My older brothers wanted to call me Twiki – so it’s all a bit of good fun and kitsch nostalgia!” Cian says.

Rewinding 20+ years from now; Cian (as Zero Tolerance) had his first jungle tracks signed to 4hero’s Reinforced Records and was exposed to the heart of the burgeoning broken beat scene just by hanging out at their Dollis Hill studio. He was also highly influenced by going to CoOp at Plastic People and frequenting Jazz:Refreshed at MauMau Bar.

Back to the recent present: Cian was booked to play a DJ set at the ‘virtual’ We Out Here Festival in 2021 and decided to play a bruk set. He had so much fun that he decided to start making some bruk beats straight afterward. Debut releases on Afronaut & Mark Force’s CoOperation label have been very well received, with wide-ranging support from BBC 6Music, Gilles Peterson, Jazz FM, Spotify Japan and many more. He has also done some remix work for Kid Fonque’s Stay True, CoOperation and Tru Thoughts.

Joining Tru Thoughts in 2022, Cian’s first introduction on the label was via a DnB remix for soul sister duo MELONYX’s “Energy”, under his Zero T moniker. Bruk Rogers enters a new intergalactic chapter partnering with Tru Thoughts, a label renowned for championing futuristic broken beat talent (WheelUP, Lanu, Jonny Faith, Afronaut – to name a few). Expect a lot more beats from the 25th century for the foreseeable future, from this sonic astronaut and adventure hero.