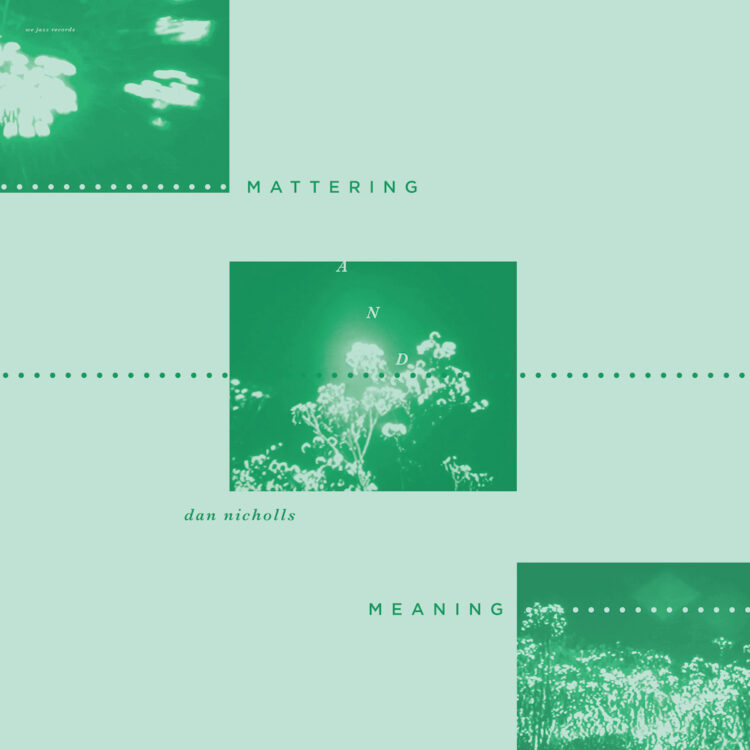 London-based keyboardist/producer Dan Nicholls (of Y-OTIS) introduces a new album project ‘Mattering And Meaning’ to be released by We Jazz Records on August 13th.

Nicholls’ music uses acoustic piano as its key element, transporting the instrument into new territories that sound remarkably natural and organic, whilst displaying a strong kinship with the world of abstract electronic music. The music utilises piano loops and field recordings as its key elements, forming what might be described on the surface as a fascinating ambient jazz record – but at the same time there’s so much more at play here on deeper levels. Dan’s music sounds at once otherworldly and immensely inviting.

With its uncanny landscape of fine sand drifts, juniper fields and pine, the ancient Beerze forest in the North-East of the Netherlands is a site of many unusual convergences of human and other than human stories. ‘Papa’ continues to unravel the threads of a deep artistic collaboration and kinship between pianist and producer Dan Nicholls and the Dutch filmmaker and anthropologist Louise Boer. These fuzzily collaged images and sounds represent a common love for finding the in-between places in which ideas can find deeper roots, channeled here through a dreamlike world which holds within it the location in which Louise’s father, Henk Boer, found his final resting place.