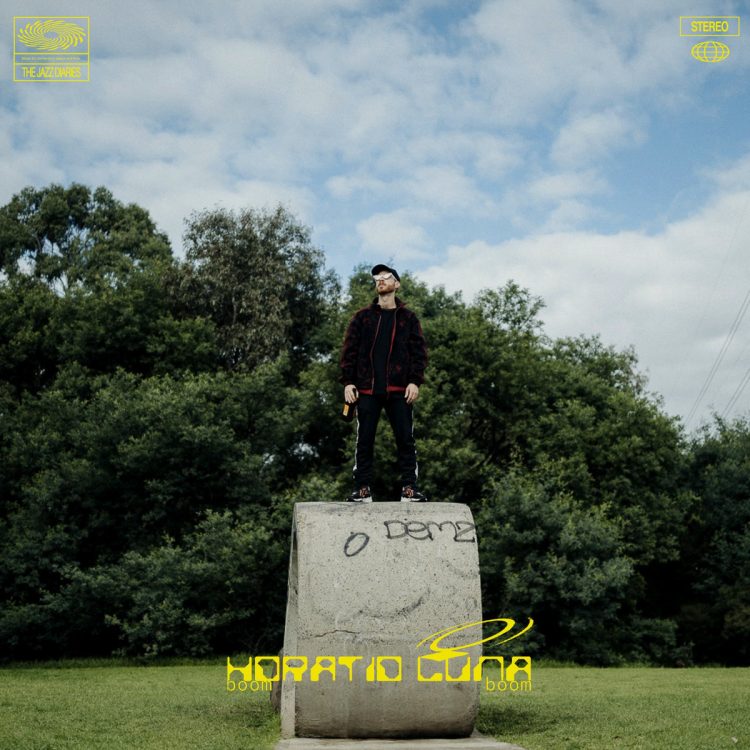 We’re huge fans of all of Horatio Luna’s musical endeavours and this upcoming album on Jitwam’s (another very talented fella) has got us very excited. Judging on the two singles so far we knew this slightly more dancefloor leaning record was going to something.

Well, bonus bonus! Just ahead of the full drop of the album (pre-order here) here is the third single. Wait for that vocal drop in the second half of the jam!

Composer, bassist and producer Henry Hicks AKA Horatio Luna is a musician intrinsically interwoven into the fabric of Melbourne’s bubbling music scene through his solo and collaborative work with musicians and producers from tight-knit creative communities in both Melbourne and Sydney. If you’ve at all followed the Melbourne music scene as it exploded onto the global stage in the last few years, you will likely be familiar with the undeniably infectious bass licks of Horatio Luna.

From his roots as a founding member of the influential hip hop /soul collective 30/70, to his extensive collaborative work with afro-house group Teymori, Horatio Luna forges his path by fusing styles, embracing genres and proudly defying labels. His musical output can be dizzying in its vastness, whether it be the unconventional dance music of Lush Life, his trad-jazz band John Henderson, spiritual improvisations with Foshe, or his most recent solo album ‘Yes Doctor’ on Melbourne label La Sape. Horatio Luna is one of the hardest working musicians in the game right now, who’s recently been recognised for his contributions to the flourishing Melbourne scene with a feature on Gilles Peterson’s ‘Sunny Side Up’ compilation and documentary.

His new LP ‘Boom Boom’ on The Jazz Diaries is Hicks’ most dancefloor leaning offering to date. Utilizing his raw, unfiltered DIY approach to composition, Henry applies the sprawling, human energy of live jazz to the four-to-the-floor structures of early house music that in its soulful essence, captures the scratchy spirit of Detroit luminaries like Moodymann, Terrence Parker, and Mike Huckaby. Horatio Luna’s music embodies an ethos of limitless creation, not bound by genre or style, as Hicks explains “I was always just about freedom in music, freedom in life. I wanted to hear new music and I’ve always been intrigued by abstract and contemporary ideas. Fusion music.”

This freedom in music is on full display with the album’s lead single ‘Fuck The System’, for which a video was created under football stadium lights in Melbourne. Heading into uncharted sonic territory, Horatio Luna effortlessly fuses grimey UK rap with his signature jazzy house bangas style. ‘Fuck The System’ is the message we need right now, imploring us to ‘rewrite the code’ and celebrate our creativity in all its limitless potential.

Showing the versatility of his talent throughout the record, Hicks delivers outer space bass licks on title track ‘Boom Boom’, drops rapped verses on ‘Fuck The System’, and even turns in an incredible reimagining of Detroit legend Patrice Scott’s classic anthem ‘Be Free’. ‘Boom Boom’ signals a new dawn in the Horatio Luna sound, exploring the inner-limits of what house music is, and the outer-limits of what house music can be.