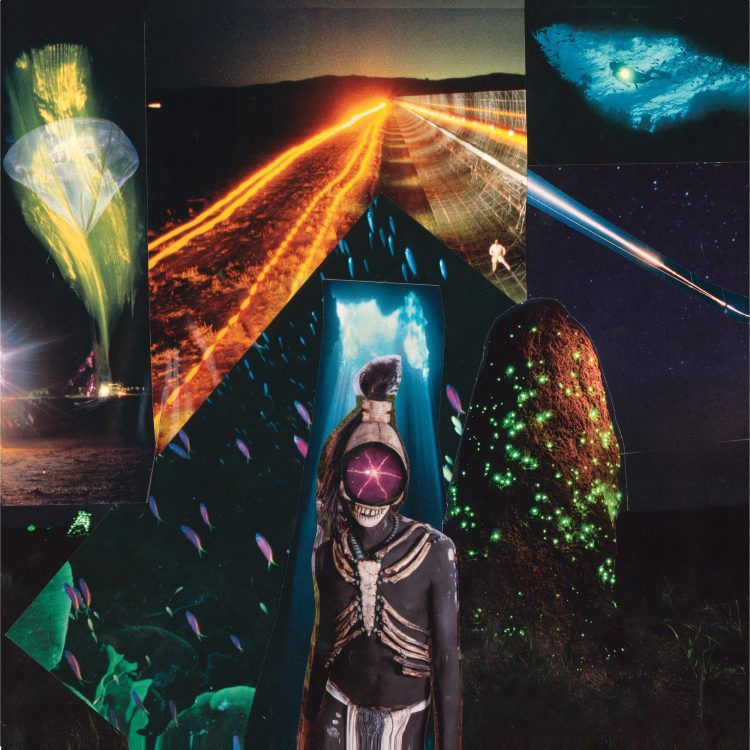 Comprising a loose network of up to thirty musicians across Atlanta’s dynamic and prominent improv scene, Lightning Orchestra originally formed as the brainchild of bassist/vocalist and multi-instrumentalist, Travis Murphy who moved to Atlanta in 2013 after a number of years travelling across the US. Murphy was introduced to the city’s music scene playing at local jam nights and free improv sessions, before he set out to recruit members for his own project. After a number of shows performing 60s/70s funk, soul and Afrobeat covers from artists like James Brown and Orchestre Poly-Rythmo, Murphy named the group Lightning Orchestra, reasoning “the sound was just so powerful that it needed a powerful name”. Murphy began introducing his own material in to live sets in 2016, beginning the process that culminated in the group’s very first release, Source and Deliver.

“The community has been very supportive and fertile for me personally and for the project and it’s vision. I’ve lived in a lot of different cities, and for me, Lightning Orchestra is only possible because of Atlanta’s diversity and inclusivity.” says Travis.

From blues, r&b, gospel and hip hop, Atlanta and Atlantan culture is steeped in black music history, producing some of the most trailblazing artists in contemporary US music including Outkast and Janelle Monae, a legacy Murphy is acutely aware of and inspired by. However, it was upon discovering the weekly musicians jam on Elliot Street – a 13 year old Atlanta institution run by world renowned bassist Kevin Scott – where he met the majority of members for Lightning Orchestra, that truly changed his musical direction for good. “Some of the most far out and transcendent things I’ve ever experienced happened at that jam”.

Growing up in Chicago, music always played a huge role in Murphy’s upbringing. Murphy’s dad was a saxophone player for a local big band, exposing him to a wide variety of music and by Travis’s teenage years, he would find himself in numerous punk bands, keeping his musical oversight broad and wide-ranging.

On this new single “Time”, band leader Travis Murphy seeks to “stretch time”, paying homage to The Chambers Brothers, referencing the Californian soul group’s 1966 single Time Has Come Today. Switching time signatures from 3/ 4 to 4/ 4 then half way through, launching into a stripped back reggae rhythm with glistening dub fx bouncing off the stereo wall.