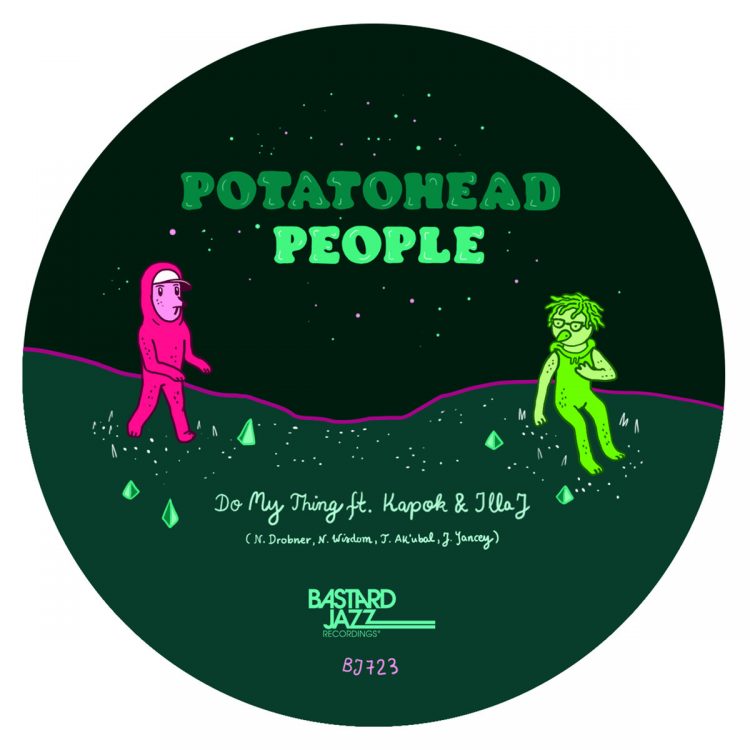 Beginning with a series of EPs including their landmark “Kosmichemusik” EP, Potatohead People‘s productions quickly made their way to artists like Illa J who tapped the duo to produce his now critically acclaimed self-titled album, as well as producers like Kaytranada (who co-produced Illa J’s ‘Strippers’ with the pair).

‘Do My Thing’, the third single from their upcoming album “Nick & Astro’s Guide To The Galaxy”, features harmonized vocals from Vancouver’s Kapok and rhymes from frequent collaborator Illa J over swelling chords and a funky bassline. On the B-side, ‘Returning The Flavour’ highlights the synth chops of Dutch producer Trian Kayhatu in a beat-heavy Jazz influenced instrumental.