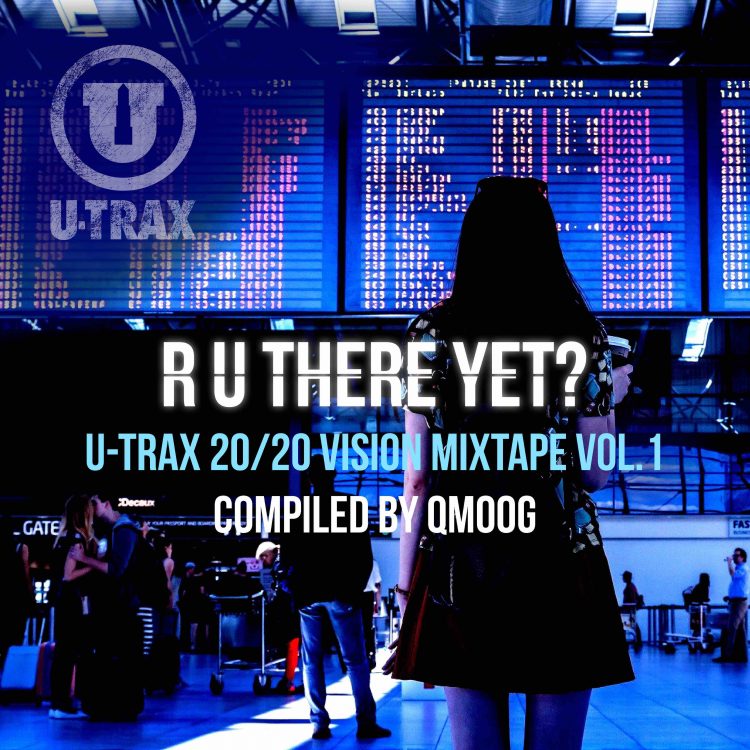 U-TRAX proudly presents its first ever compilation album, featuring a mix of tracks from its 90s roots, as well as new, never before released music compiled by Detroit producer Qmoog a.k.a. Roy Parker.

R U There Yet? U-TRAX 20/20 Vision is the culmination of years of electronic artistry into one mixtape by an international collective of producers for the electronic music Utrecht based label U-TRAX. The collection features artists from across the spectrum of modern music. In the tradition of mixtapes, it showcases a track by each artist that is uniquely different from the other, offering a blueprint for the future of electronic music collaborations.

From the moment the quirky label re-emerged in 2018, label boss DJ White Delight has been in touch with many of his old heroes, including Detroit producer Roy ‘Green’ Parker, a.k.a. Qmoog. Parker is best known by techno connoisseurs for his leftfield releases on Rhythm-Tech and SSR, blending jazz and techno with ethereal vocals into unique soundscapes for the discerning listener.

When played a few of the forthcoming U-TRAX albums, Parker got enthusiastic about the new direction of the label, recognizing that the crossing of boundaries will be the future of electronic music. That’s when he suggested to create a ‘mixtape’ and eventually wound up curating it. The compilation features eight tracks from the U-TRAX 90s archive by techno favorites like The Connection Machine, Tick Trax and Sonar Base, two tracks from last year (by [email protected] and P.A. Presents) and four brand new tracks from forthcoming U- TRAX albums. One of which is made by Parker himself, a sensual tech-house hybrid that reminds one of Parker’s fellow Techno City producer Blake Baxter. The mixtape also features an instrumental hip-hop track by New York rapper/producer Thavius Beck, the 80 BPM electro chill-out opener by Los Angeles producer Nuklear Prophet and an upbeat, bordering on poppy remix Dutch electro producer w1b0 made for the band Mr Joe Abe.