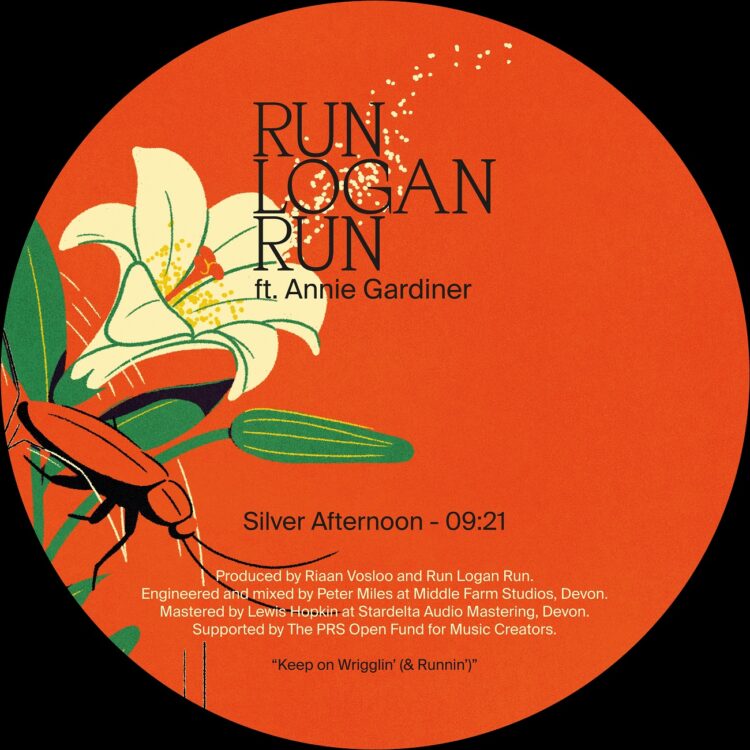 Bristol-based duo Run Logan Run (Andrew Neil Hayes on tenor saxophone & Matt Brown on drums) team up with vocalist Annie Gardiner, producer Riaan Vosloo (Nostalgia 77) and a nine-piece ensemble for nine-minute single “Silver Afternoon” – their most ambitious statement yet. Continuing their relationship with local indie Worm Discs; “Silver Afternoon” will be available digitally and on vinyl as an extremely Limited 12” Single (with a ‘B’ side featuring locked groove samples from their forthcoming album) on 5th August 2022.

Following their critically acclaimed third album ‘For A Brief Moment We Could Smell The Flowers’, they return with a bold statement reflecting their ceaseless search for something bigger… “Silver Afternoon”, an extended amalgamation of grooves and orchestral textures that sees the duo branch out into large ensemble performance for the first time.

The record was born out of Bristol’s Ankh Sanctuary concerts, a series Run Logan Run started during the third C19 lockdown, that provided space for artists to continue taking creative risks. There, they teamed up with bassist, composer and producer Riaan Vosloo for a forty-minute improvised set, eventually released on London’s PLAYNEUTRAL label in December 2021.

This collaborative spirit informed the creation of “Silver Afternoon”, which is based around three melodies – one by Andrew, one by Matt and one by vocalist Annie Gardiner. They’re backed by a large ensemble which includes a string quartet, brass section and full backline, featuring many stars from the nascent Bristol instrumental scene.

Inspired by the likes of Archie Shepp’s ‘Attica Blues’, Mats Gustafsson’s Fire! Orchestra, and with notes of Nubiyan Twist, Natacha Atlas and Soweto Kinch, Silver Afternoon is a slow burner that swells into a vibrant, lucid statement of intent.

The recording of Silver Afternoon was supported by The PRS Open Fund for Music Creators, and the Ankh Sanctuary sessions by Arts Council England.