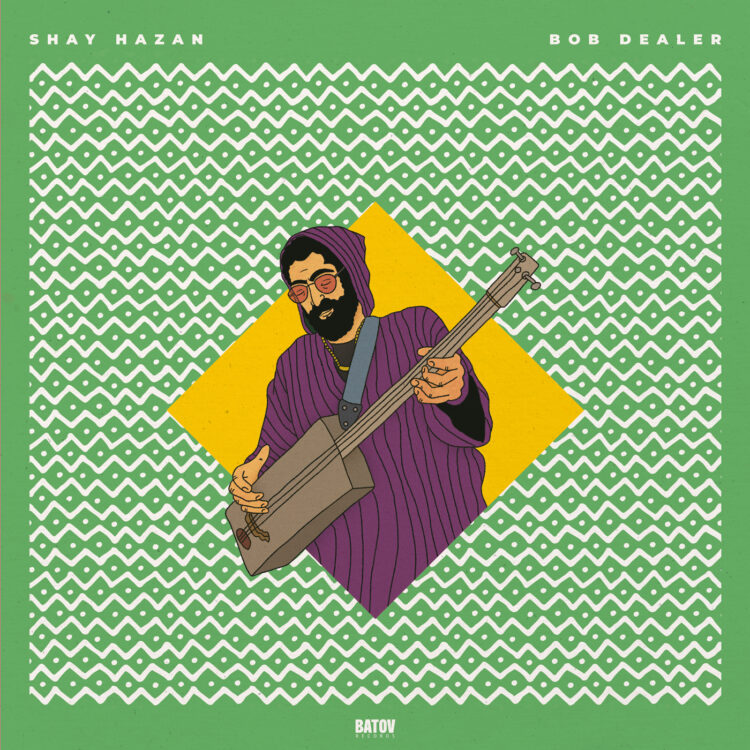 Tel-Aviv based musician Shay Hazan is a composer, producer, bassist & bandleader. His versatile bass is frequently heard on national radio, providing the hits of tomorrow with a foundation in groove, and MIMS readers may have heard his bass lines propelling the grooves of Sandman Project’s breakthrough EP, ‘Royal Family’. Recently, Hazan’s straight jazz project, the Shay Hazan Quintet has been making waves, particularly with the release of a 7” single on Jazzman Records.

Having commenced producing his new album during the first Covid lockdown, his creative process this time was a marked departure from previous projects. Whereas he would normally call and gather his band together to record his new compositions live, Hazan would come up with a groove first before sending the recording parts to a drummer in Berlin or a saxophonist in Tel Aviv to add a complementary rhythm or melody, and then finally editing the results himself. As Hazan puts it, “So technically I had the role of the composer and the producer as well as the guimbri player.”

“I made this album in order to satisfy the inner urge for simple grooves and the search for a different and new sound that draws inspiration from ancient places with great tradition but still corresponds with the world and the period in which I live and the way I express myself.”

Having already mastered the double and electric bass, Hazan learned how to play the three-stringed gimbri: a camel-skin-covered bass plucked lute used by the Gnawa people of North Africa, as heard on their hypnotic music. Hazan repurposes the unique qualities of the instrument with a jazz approach, no doubt inspired somewhat by his introduction to the instrument: “The truth is that my first acquaintance with the Gimbri was by bassist William Parker, who is not a traditional Gnawan player, but an American musician, identified with jazz and improvised music. that I have been following for years. Once I saw him play with this thing in a show and my mind exploded, I started researching where it came from and listening to music from Morocco and North Africa”.

The album title, ‘Reclusive Rituals’, is inspired by a Jean-Michel Basquiat interview from 1985 where he discusses his reclusiveness and the public demand for gossip on well-known figures. In particular how advantageous it can be to stay out of the limelight, as the crowd’s very nature is to eventually turn on their idols. Hazan interpreted this to imply that personal behavioural patterns are significantly affected by the fear of negative responses, often leading them to non-action: “Basquiat’s words have been resonating in my head for a long time. I see around me a lot of people who for fear of receiving negative criticism, do not initiate or create anything.

And in a certain place, I’m a little scared to be in this place myself and feel the need to keep searching and creating all the time without being influenced by criticism, for better or worse.”