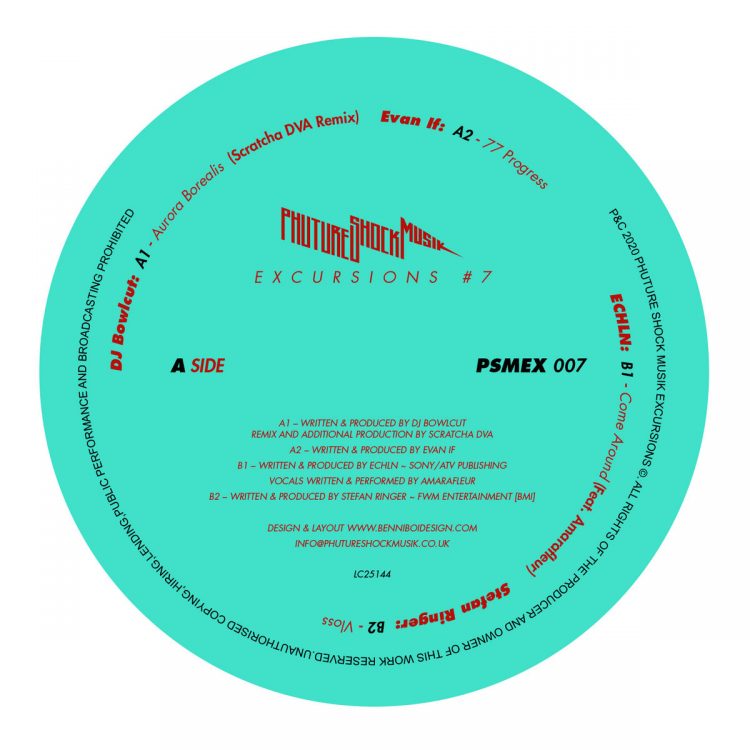 As Bristol’s Phuture Shock Musik strides into its landmark tenth year in action and the next chapter of its journey, the sister arm of the label casts the net a little wider in both a geographic sense and genre wise for its latest vinyl-only compilation release ‘EXCURSIONS # 7’.

Rallying up a dynamic force of global talent from as far and wide as South Korea to South Africa through to Europe and the United States, this instalment orbits a sonic dimension where modern, left-leaning strains of house, broken beat and future soul freely collide together across four exclusive cuts.

Representing stateside and completing the unique quartet is Atlanta’s very own Stefan Ringer. A key player of the A-Town’s burgeoning dance underground, over the last decade the producer and DJ – initially known as REKchampa – has released a trail of heat via the likes of Kai Alcé’s NDATL, Black Catalogue, PPU, plus his own FWM imprint. And here remains on form with a dancefloor-ready contribution to round off the disc.