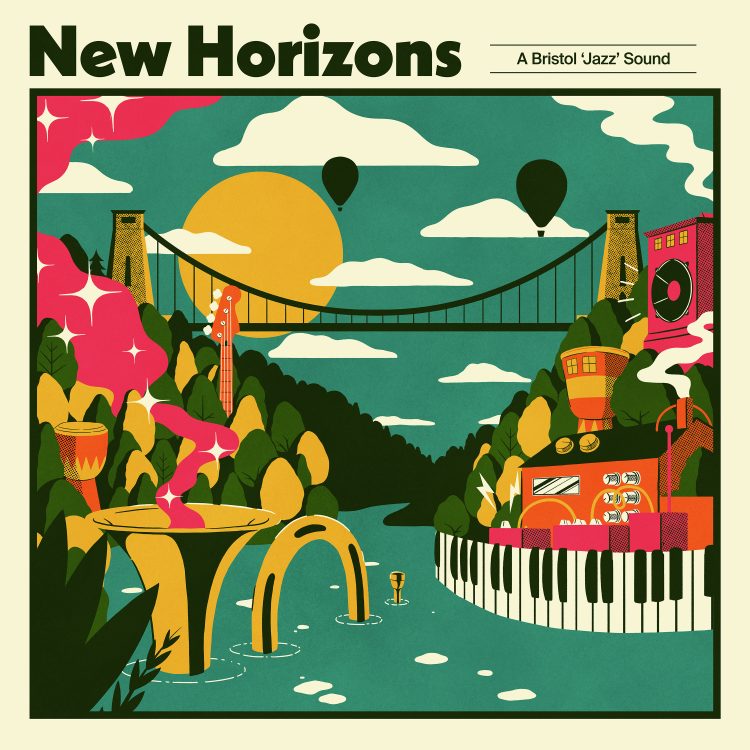 Music Is My Sanctuary is excited to share the cinematic, post-rock infused intensity of Waldo’s Gift’s “Bergson”. Taken from forthcoming compilation, “New Horizons; A Bristol Jazz Sound”, which provides and excellent and much needed overview of Bristol overlooked but vibrant jazz scene.

Bristolian promoters Worm Disco Club have been championing South-Western talent since their inception in 2014. Having collaborated with Glastonbury Festival on their notorious ‘Wormhole’ stage and hosted the likes of The Comet Is Coming, The Heliocentrics and The Mauskovic Dance Band at their regular club night, the name has become synonymous with quality groove laden goodness, percussive madness, jazz, psych and beyond.

Now proudly presenting their label Worm Discs, the collective recruit some of Bristol’s most notable emerging talent for an exploration into the new wave of Jazz emanating from the city for their debut outing ‘New Horizons : A Bristol Jazz Sound’ . An album which channels the seismic energy of the sonically rich landscape into 11 progressive, psychedelic, impeccably crafted tracks.

The Worm Discs team explain: “The idea for this record began back in 2019. We had been curating parties in Bristol featuring jazz acts from around the UK for several years and had just hosted “The Wormhole” at Glastonbury Festival, featuring an all-star line-up from the scene. Having always felt that Bristol’s exciting jazz scene deserved to be heard, the idea for a label was born. We wanted to showcase some individual creativity and open up a space to try something different.”

From the cinematic, post-rock infused intensity of Waldo’s Gift’s “Bergson” to the zen-like, floating melodies of Ishamel Ensemble’s rework of Snazzback’s “Flump” and the angular textures of Run Logan Run’s epic “A Sea Of Apathy And Indifference” – this record is true odyssey from start to finish, for those who really want take a trip down the Wormhole.