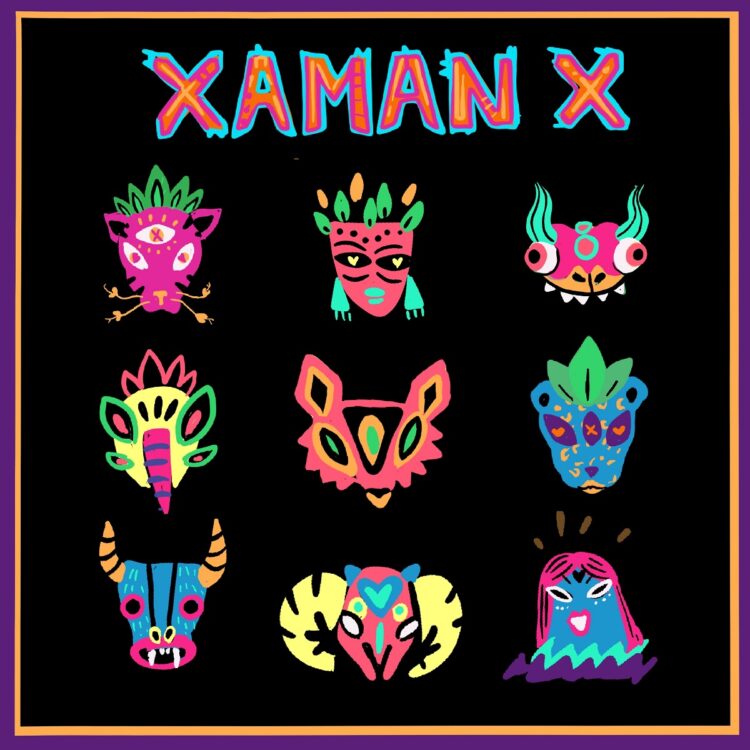 Xaman X were born as a support band for the Midnight Ritual club night playing alongside national and international DJs and bands coming to Bristol for truly tropical parties. Thus their agenda was clear from the get go: they needed to warm up the crowd, limb by limb. Since then they’ve gone on to play many of the UK’s biggest festivals including Shambala, Tropical Pressure & Secret Garde Party.

The group’s four members were brought together by a shared love for tropical psychedelia and cumbia, and it’s these sounds that come to the fore on their debut EP.

On “Hoy”, the rhythm shifts up a gear, with flute and percussion sparring with synth and bass in that ageless organic versus electronic instrumental battle. It’s a track that the group describe as a “celebration to life” and a “call to be positive” that invites the listener to “expel the bad and burn fears through singing and dancing”.