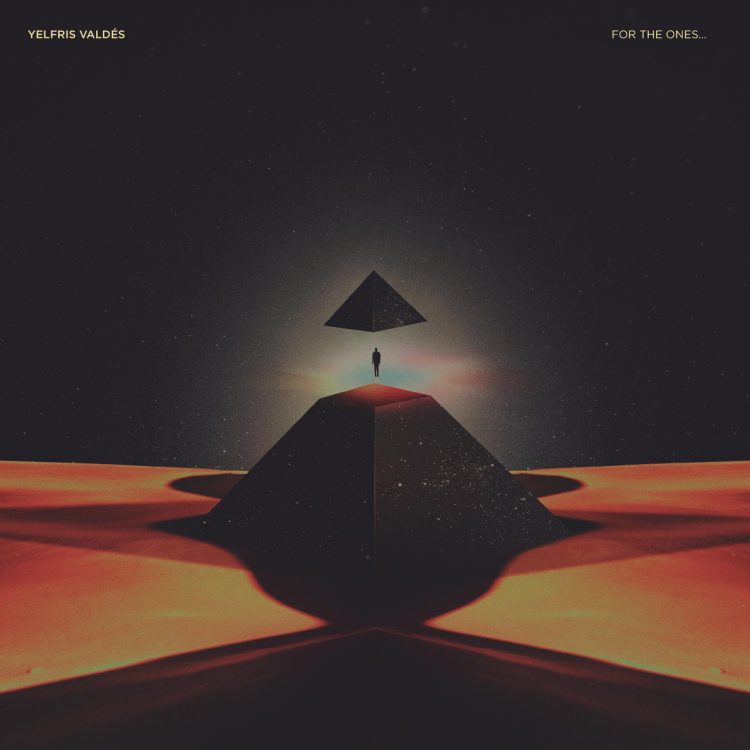 After the success of his first EP ‘The World of Eshu Dina’ last year, trumpeter Yelfris Valdés debuts his new project ‘For the Ones…’ Released on Vinyl and Digital on October 4th via newly formed Música Macondo Records.

For this record Yelfris employs an adventurous and experimental shift in his composition, drawing on his classical training and love of jazz whilst at the same time delving further into the world of electronica, gaining inspiration from artists like Jon Hassell, Bonobo and Aphex Twin resulting something truly unique:

“For this album, I worked deeply and meticulously to find a more layered sound including a trance feeling with grounded rhythms”

Yelfris has deliberately connected with his Yoruba religion and its shamanic chants, subtly infusing those deeply personal elements with electronica and live instrumentation creating a beautiful pulsating soundscape. In purposefully mutating the acoustic sound of his trumpet he adds depth without losing his power and tenderness.

‘As a Santero my beliefs in the Orishas from the Yoruba religión have helped me to improve my faith in the gift of life and the things that really matter to me: family, spreading of positive energy and actions, and the Truth, as ultimately this is what we need to grow. Only a few of us have been given this knowledge and as a Cuban musician living abroad I feel it is my duty to spread this message and expand it in a new direction, connecting with a wider range of musical styles.’