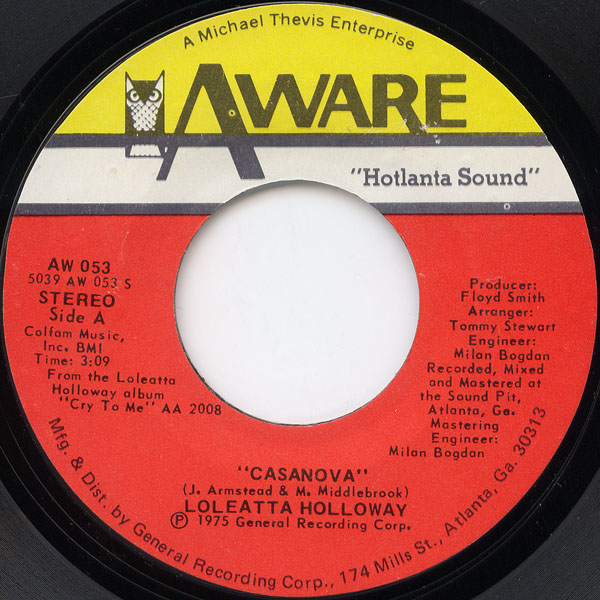 What an absolutely glorious cover version of Ruby Andrews’ “Casanova” in 1968. One of the few cases where the cover version is much better than the original (in our humble opinion). A great record you can find in used bins of 45′ records for a couple bucks!

Loleatta Holloway who passed away this year is one of the overlooked queen vocalists of Soul, Gospel, Rare Groove Funk, New York Underground Disco and 90’s House.

Loleatta is one of those classic club music singers like Jocelyn Brown, who had that church- Gospel powerhouse of a voice. She added that accent more after her days as an R&B singer on the Aware record label on which this amazing track was released in 1975.