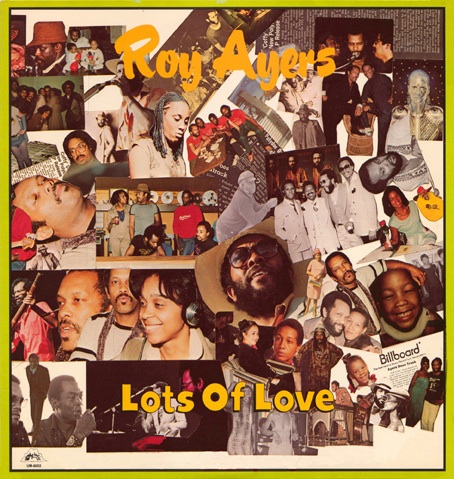 In the category of tracks and artists that were before their time let me present “Chicago” by the criminally underrated Roy Ayers. This is the very foundation of house music, and is it any coincidence that the title bears the name of the birthplace of house music. I’m sure that when this came out in 1983 people must have thought this was some pretty alien stuff. The loopy structure, the 4/4 kicks, the hypnotic synth line. No wonder he put this as the last track of his album, he probably didn’t want to scare everyone…

Originally issued on the vibist’s own Uno Melodic label in 1983, Lots of Love captures Roy Ayers between major-label tenures with Polydor and Columbia, and he capitalizes on his independence by further investigating the Afrobeat rhythms and textures he first explored in his collaboration with Fela Kuti while simultaneously moving into post-disco dance music.

Also, there have been quite a few revisions of this track but so far the only one I have heard that’s worth your time is Henrik Schwarz‘s version on Mood Music.

Future Classic: Ben Westbeech "There's More to Life than This"