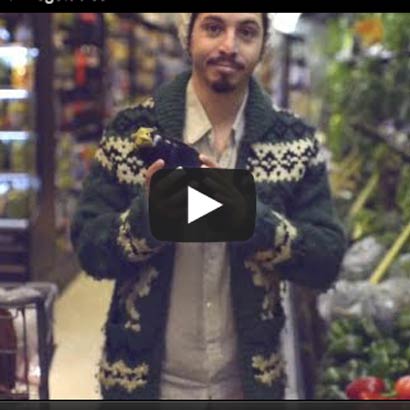 Call it a massive attack of fruits and veg.

Simple circuits have long been able to make use of sensors in real-world stuff like apples or JELL-O. ButMake Makey deserves special credit for making interfacing those circuits with a computer silly-simple. (The project grew out of research at MIT Media Lab’s Lifelong Kindergarten; to get a small sense of how much is involved in getting an idea like this off the ground successfully, check out the incredible list of men and women who contributed on the about page.)

The original dream behind many computers was extending the interface between your mind and the world. With something like Makey Makey, including physical objects in what you imagine is made easier. And it’s especially gratifying – and telling – that the interface that’s most popular is often a musical one.

This one is just great (though now I also want to make a bass drum sample with an eggplant; sounds nice):

But this is just the tip of the iceberg … salad.

You’ll find endless variations on the Makey Makey “piano,” like the one made from apples, at top. That project is documented in an extensive blog post:

For a seafood variation, here’s one with shellfish: Sorry, there are too many clever puns here to pick one. Photo (CC-BY) Eric Rosenbaum, from Aspen Ideas Fest.

Experiencing Audio has a whole site devoted to Make Makey music making. That includes drawing sounds, too – something CDM has done, via our Handmade Music/MusicMakers series, albeit with a self-contained circuit. (See our story and video of this PAIA circuit. Also: Paper, Drawing as Musical Controller: A Round-Up.)

Eric Rosenbaum and University of Massachusetts Lowell are turning these projects into an integrated educational system. It seems like a great idea – a chance to teach interaction, physical computing, electronics, sound, and music, all at once. Some views of how these projects have gone:

Makey Makey, of course, is just one way to accomplish this. From Hack-a-Day, for instance:

Fruit piano uses a different circuit than the Makey Makey

(Okay, that headline more or less makes my point.)

I’d love to hear other ideas about how to work with this idea – via Makey Makey or other circuits/kits – particularly in regards to education. So, let’s use those comments for something productive, eh?