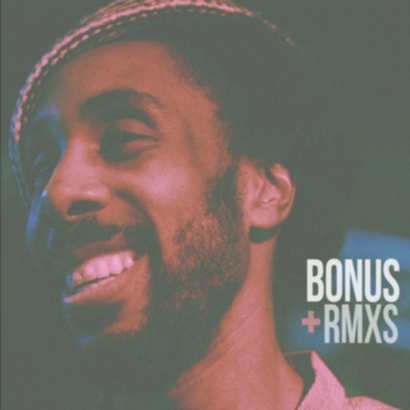 Top notch remix from French producer Nicky Lars who tackled a tough one with Big L’s “Put it on”, his first official single released in 1994 produced by the mighty Buckwild.

Well, let’s just say he did justice to the track and Big L’s short but powerful legacy. The remix sounds like it just came out as a new version straight from the DITC camp. Really authentic, gritty and jazzy boom bap from hip-hop’s glory years!

Check out the rest of Nicky Lars’ Bonus Remixes project

Aiyyo, you betta flee Hobbes, or get your head flown three blocks
L keep rapper’s hearts pumpin like Reeboks
And every year I gain clout and my name sprouts
Some brothers’d still be large if the crack never came out
I got the wild style, always been a foul child
My guns go poom-poom, and yo’ guns go pow-pow
I’m known to have a hottie open, I keep the shottie smokin
Front and get half the bones in your body broken
And when it comes to gettin nookie I’m not a rookie
I got girls that make that chick Toni Braxton look like Whoopie
I run with sturdy clicks I’m never hittin dirty chicks
Got thirty-five bodies, buddy don’t make it thirty-six
Step to this you’re good as gone, word is bond
I leave mics torn when I put it on

[Big L:]
Nobody can take nuttin from Big L but a loss chief
The last punk who fronted got a mouth full of false teeth
I’m known to gas a hottie and blast the shottie
Got more cash than Gotti (you don’t know?) you betta ask somebody
Big L is a crazy brother, and I’m a lady lover
A smooth kid that’ll run up in your baby mother
I push a slick Benz, I’m known to hit skinz
And get endz and commit sins with sick friends
Cause I’m a money getter, also a honey hitter
You think you nice as me? Ha ha, youse a funny nigga
I flows, so one of my shows, wouldn’t be clever to miss
I’m leavin competitors pissed
To tell you the truth, it gets no better than this
I’m catchin wreck to the break of dawn
And it’s on, yo it’s a must that I put it on

[Big L:]
I drink Moet not Beck’s beer, I stay dressed in slick gear
Peace to my homies in the gangsta lean, I see you when I get there
And it’s a fact I keep a gat in my arm reach
I charm freaks and bomb geeks from here to Palm Beach
I’m puttin rappers in the wheelchair, Big L is the villain
You still fear, cause I be hangin in harlem this shit is for real here
If you battle L you picked the wrong head
I smash mics like cornbread, you can’t kill me I was born dead
And I’m known to pull steel trigs and kill pigs
I run with I’ll kids and real nigs who peel wigs
My rap’s steady slammin, I keep a heavy cannon
It’s a new sherriff in town, and it ain’t Reggie Hammond
Peace to my peoples, the Children of the Corn
Cause we put it on, adios, ghost I’m gone