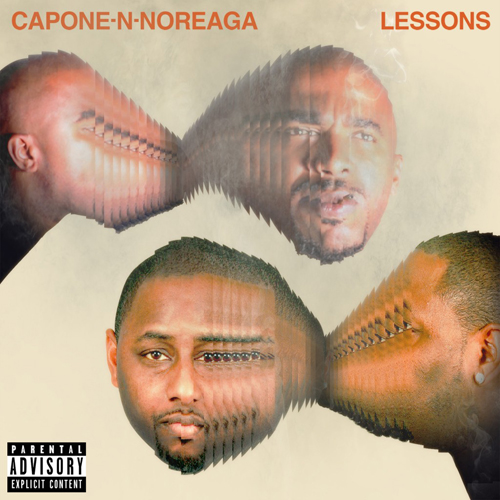 I was reading through the latest rap news and releases this morning: Meek Mill wants to run for mayor of Chicago, Drake releases a diss track to Meek for riding Nicky Minaj’s coattails, Fetty Wap has two songs in the top 10… Maybe it’s an age thing. Maybe I don’t understand, but can I please get something that’s making a complete mockery of the art of rap?

Then I finally saw some news that caught my eye: “Lessons” the fifth LP by Queens, NY duo Capone-N-Noreaga is out! I also think I was attracted by the nice album artwork, a nice nod to the classic Creative Source record cover. I still remember completely rinsing that first CNN cassette from 1997, “War Report” is a record that you should also check out or go back to. It has aged quite gracefully.

“Lessons” features guest appearances from Tragedy Khadafi, Royal Flush, The LOX and Raekwon along with a slew of solid producers Ayatollah, Jahlil Beats, Large Professor, Scram Jones and Statik Selektah, among others. The album is really enjoyable even if it’s not that innovative. You get exactly what you expect, the classic CNN sound.

Listen to “Now” (produced by Statik Selektah), one of my favorites from the record.