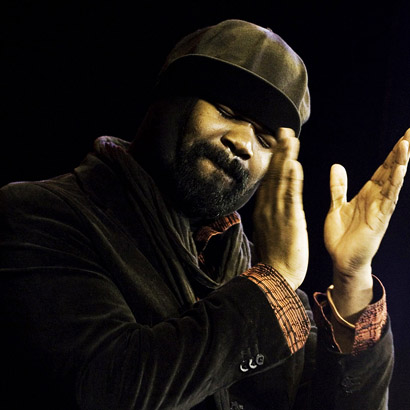 First video from one of the records we were waiting impatiently for, Gregory Porter‘s new record called “Be Good” out on Motema music. We discovered him on his record called “Water” which had the absolute classic track called “1960 What“, which easily made it to our Best of 2011 list.

“Be Good” is the first video from Jazz singer Gregory Porter’s critically acclaimed album of the same name.

Shot entirely on location in Baltimore, Maryland, director Pierre Bennu visually compliments Porter’s intense lyrics and smooth, soulful vocals with vibrant colors and whimsical storytelling, and sets it all against Charm City’s unique backdrop. As two lovers traverse their everyday lives amidst the mundane, Bennu draws on the power of everyday magic, the fear of loss, and the yearning for love in what he calls a “lullaby for your inner child.”

“The dance of love is something that can be done alone but it is also fun with somebody else,” says Bennu. “I wanted to show two characters; one who was so busy dancing alone, never looking to have a partner… and another so desperate for love that he would do whatever it took to get it. What that character finally realizes is that all he needed to offer forth was himself.”