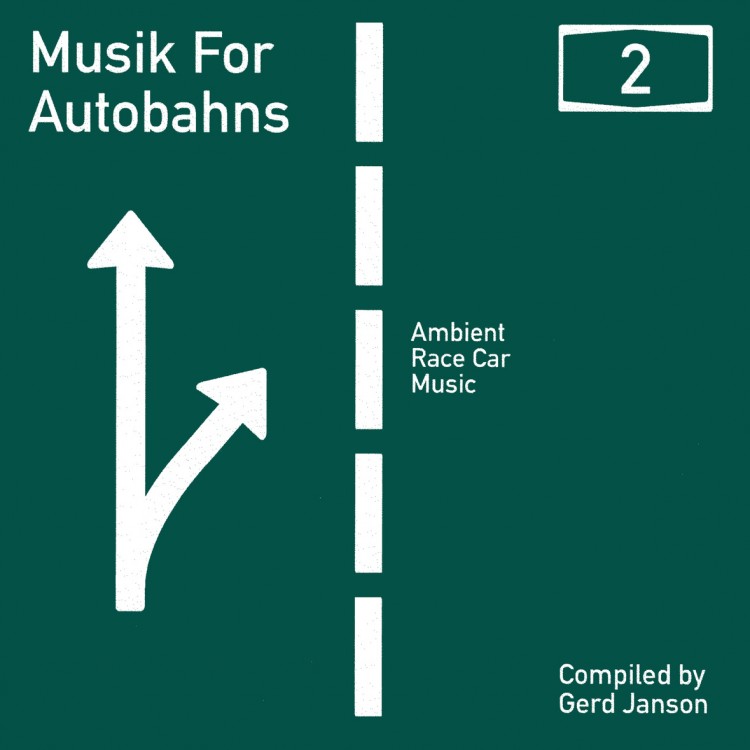 via Rush Hour: So, what awaits you on the second edition of a compilation that claims in a winking to present “ambient race car music”? Exactly what it says on the tin. A fresh and exclusive collection of music that hopefully sounds as great in a car as it will in the comfort zone of your own living-room or during dusk and dawn in your favourite club environment (see Bicep and Fort Romeau for further reference). But first and foremost it is truly inspired by many trips on the Autobahn between Frankfurt and Heidelberg. Going to and fro from one club to the other, was the way to spend countless hours of adolescence in excitement instead of tedious purposelessness. But I will not bother you with droll stories of my youth.

Musik for Autobahns 2 is the result of a collective effort by dear friends and esteemed colleagues who picked up where the first one ended, while paying attention to the prevailing theme. From Leon Vynehall and his profound research of the BAB 5 to Joy Orbison’s “A 213” or Lauer’s heartfelt and wry Kraftwerk pastiche, all of the tracks have a certain compatibility in common or just sound great, while having a drive. “Breaking” by AKSK for instance made the stop-and-go traffic in the blazing heat of Los Angeles so much more bearable (the vintage Volvo helped as well). Also, you will meet freshmen like Orson Wells, whose idea of travelling exceeds the boundaries of our planet, next to a grey eminence like Orlando Voorn (on the compact disc edition of this at least) or exclusive characters like Disco Nihilist. All bringing their special skills and imagination to the table.

The 1966 Studio Session of the Beach Boys' "God Only Knows"