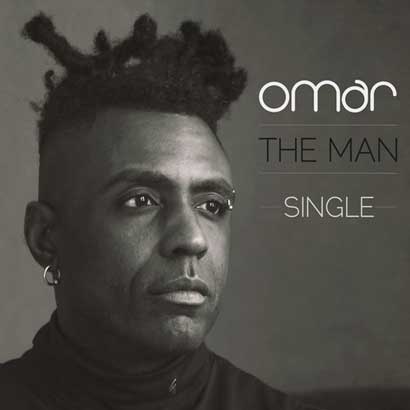 The official 2013 Spring anthem is here and it comes from Omar, one of the most influencial and original artists in the UK. How can you go wrong when you combine those flutes, bass clarinet with that voice!

For the past 20+ years, Omar has contributed countless soulful anthems and collaborations with Stevie Wonder, Badu, Common, Maddslinky (aka Zed Bias) and so on.

Anytime you hear an Omar track it instantly cuts through any sound system and brings a sunlight to the dancefloor, or your kitchen. Few people have managed to stay relevant and fresh for as long as Omar. He did his thing in the Acid Jazz days and is still on the top of his game!

Recommended for a sunny bike ride!

There are precious few, if any contemporary UK artists whose creative credentials and influence extend as far and so consistently wide as Freestyle Records‘ most recent signing Omar. Since first breaking through to worldwide renown all the way back in 1991 with his first releases on Gilles Peterson‘s seminal Talking Loud label, and going on to work with all manner of musical legends including a certain Stevie Wonder, Erykah Badu, Angie Stone, Syreeta Wright, Common, and Carleen Anderson.

Fast forward to 2013, and Omar’s reputation for being a thoroughly original artist following his own individual path remains undiminished. After recently picking up anM.B.E. for his outstanding contribution to the UK music scene, even the British Establishment has now acknowledged what many already appreciated and understood for many years.

There cannot have been many times a bass clarinet b-line was destined to become one of the most memorable and catchiest moments in contemporary soul, but on the new single, The Man, that’s precisely what happens. Add to that a stunning vocal performance, the slinkiest of beautiful key changes, and an uplifting vibe that simply emanates class and style, and you will understand why those who were privileged to hear The Man early on, all without exception, flipped, slipped and fell totally in love with its soul, its groove and irrepressible spirit.

This release sees three reworkings of the title track; US mainstay of conscious hip hop and electronica, Shafiq Husayn, literally leapt at the chance to remix The Man and gives it a minor mood feel, with spacey synthesiser lines added to emphasise this most memorable of melodies, Maddslinky (aka Zed Bias), came with a remix from a pumping, contemporary club direction including a driving beat coupled with spacy breakdowns and his trademark production skills, and Scratch Professer puts his unique stamp on his retwist of The Man like no one else could!

Completing the circle that began all the way back in the early 1990s, Omar has completely re-recorded his classic love song There’s Nothing Like This, which this time features bass player to the Gods Pino Palladino. The touching sentiment remains undiminished, but with the addition of soaring strings, soulful, jazzy horns, an all round live and acoustic feel, plus an extended and new arrangement, Omar has done the impossible; improved upon the un-improvable, that is likely to become the definitive version of an already much adored classic.