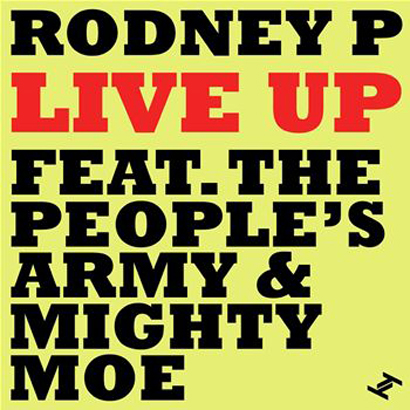 I’m two months late on this one but it’s so great to see Rodney P – UK hip-hop and dancehall pioneer – ride this track with members of the Heartless Crew with such a timely anthem. It was recorded and the video was shot during the August London riots but it is still very relevant with all the craziness going worldwide with the “occupy” movements”. It’s also very fitting that this would be recorded with the “Truth & Rights Riddim”, probably better known because of Richie Spice’s “Youths A So Cold”

“Live Up” featuring The People’s Army and Mighty Moe (Heartless Crew) is out as a digital single on 17th October – the first official release from the former London Posse man Rodney P since he signed to Tru Thoughts earlier this year, causing a wave of excitement throughout the media, and much anticipation for new music.

The Anthony Hamilton Project by Bamalovesoul