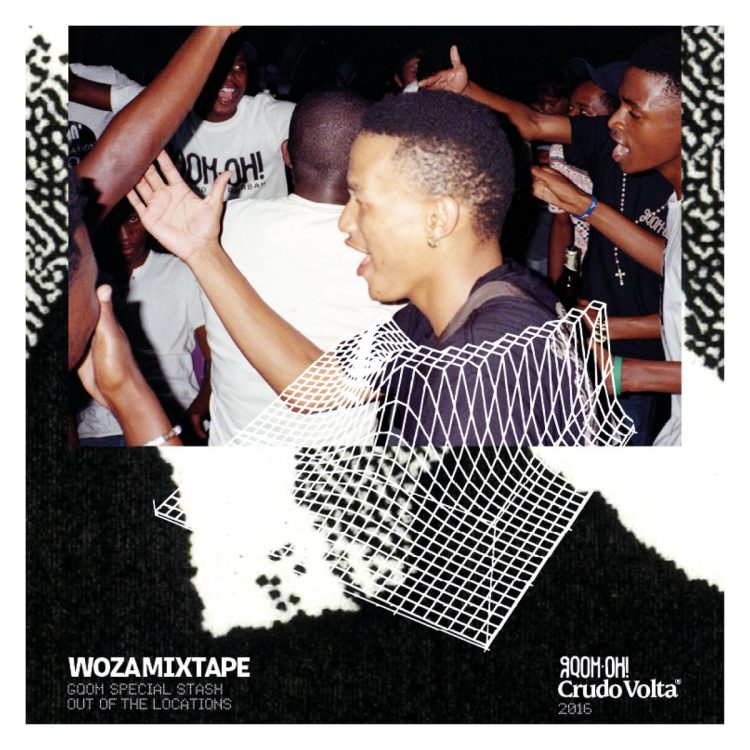 via Gqom Oh!: The word Crudo [ˈkruːdo] in Italian translates as “raw” and this is the overarching concept around the latest Gqom Oh! Release.

It is a collaboration between Gqom Oh! with Crudo Volta – a young Rome-based collective who focused on visual curation and dj culture. The mixtape is the soundtrack of the Woza Taxi documentary. Making the documentary in April 2016 – whilst visiting his artists and their families in Durban – label boss Nan Kolè painstakingly narrowed down this selection of tracks for the release. The trip lent a tremendous amount of insight to Nan Kolè, granting him both a detailed and broad view of the Gqom scene and what Gqom means to the youth of the township (for they consist the core music makers and listeners of Gqom).

Their unique sound, which took Europe by storm at the start of 2016, is a way for the youth in the township to express themselves – something that music does the world over – but moreover enables them to express their pride and experiences in their Zulu culture and history. Mawbestana from Forgotten Souls gave some insight into how the music was made. He said in the documentary “…Everyone thinks we have a mega studio with huge speakers but we are just ‘Hlanganisa’..” Hlanganisa is a zulu word literally translated as ‘putting together’; This refers to creating something out of the few elements available to you “…Just like when you scrap the bottom of a pan to get some food out of it..” cited Mawbestana.

Forgotten Treasure: Leo's Sunshipp "We Need Each Other" (1978)